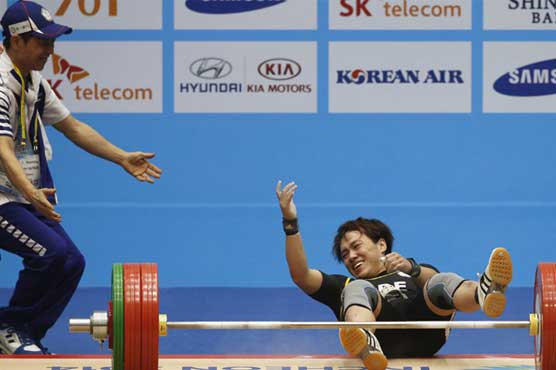 "We disappointed everyone in Taiwan."

The Chinese Taipei Olympic Committee said in a statement that a routine dope test of Lin "detected abnormal reaction."

They then temporarily suspended Lin from competing "to ensure spirit of fair competition of the sport" according to World Anti-Doping Agency rules, added the statement.

The 28-year-old was one of the favourites for gold after raising the world record to 261kg in winning the 2014 Asian Games gold in Incheon, South Korea.

Lin violated anti-doping rules before, missing the London 2012 Games after failing a test in 2010 and being suspended for two years.

Head of Taiwan s delegation Steven Chen apologised for the incident in Rio, according to Taiwan media reports.

"I take full responsibility for a failure to win a medal in the weightlifting event," he was quoted as saying by the Focus Taiwan News Channel website.

"We disappointed everyone in Taiwan."

Women s weightlifting has been a strength for Taiwan, with Hsu Shu-ching winning gold in the women s 53kg on Monday.