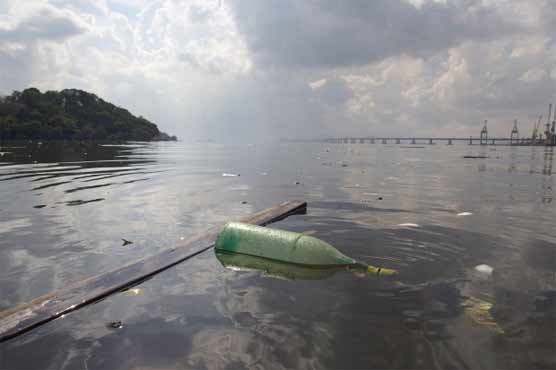 The men s and women s events in the 470 two-person dinghy last Friday had to be moved from the Bridge course because of "objects in the water," the International Sailing Federation (ISAF) said in a statement.

The events were initially moved to another course, Niteroi. But a lack of wind there forced organizers to move them yet again, to the Naval School course, the ISAF said.

In all, there are six sailing courses planned for the 2016 Olympics in Brazil, the first to be held in South America. Three courses are inside the bay and three on the Atlantic Ocean.

But the postcard-perfect backdrop of the bay has been overshadowed by pollution concerns.

Huge amounts of raw sewage from the Rio urban area currently pour into the bay, along with floating garbage, discarded furniture, dead animals and other debris.

With less than a year to go until the Games open on August 5, city officials have acknowledged they will not be able to keep their initial promise to clean up 80 percent of the pollution.

That has raised health fears for athletes and concerns that floating trash could disrupt events.

That happened during another test event Saturday, when two Brazilian sailors  Nacra 17 boat tipped over after their rudder snagged on a garbage bag.

Authorities have dispatched 20 trash boats to scoop up the debris and installed "eco barriers" around the courses to try to hold the trash at bay.

The ISAF said it is working closely with Rio officials to address the issue of water quality.

"Sailing as a sport has six planned courses for the Rio Olympics. It is very common to move between courses (due to) wind -- too little or too much -- debris, shipping movements, etc.," ISAF spokesman Malcolm Page told AFP in an email.

Organizers have denied reports the sailing competitions could be relocated away from the bay.

"While work remains to be done, ISAF, Rio 2016 and all relevant local authorities are confident that the venue will be ready to host 380 sailors during the Olympic Sailing Competition in one year s time," the ISAF said.

"All six courses were tested successfully this week. We are working together on plan A," Rio Olympic committee spokesman Philip Wilkinson told AFP.

Ashes to dashes as England and Australia fail Test exam