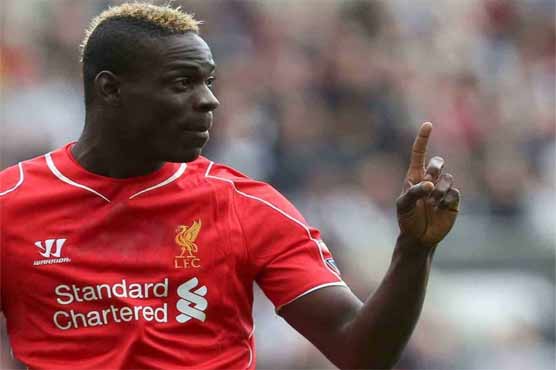 MILAN (AFP) - Liverpool misfit Mario Balotelli will return to AC Milan on a season-long loan deal thrashed out by the clubs on Monday, reports in Italy said.

Italy international Balotelli s career has hit the skids since he joined the English Premier League club following last year s World Cup and he has not played for Italy since.

But with the European Championships in France next summer, the 25-year-old striker is now set for a dramatic return to the club he left just over a year ago.

If all goes well, he could be available for Milan s opening home game of the season against Empoli.

The report added there was no clause in the deal that would allow Milan to buy Balotelli outright at the end of the season.

The majority of Milan s fans, meanwhile, appear to be against Balotelli s return.

In a snap poll on Gazzetta s website last week 74 percent of readers believed it to be "the wrong move" for the club, with only 26 percent in favour.

However, club bosses, including CEO Adriano Galliani, have been pushing for the move.

"Some loved ones leave and then they return: the president and I are both romantic souls," Galliani told Sky Sport.

Liverpool manager Brendan Rodgers, speaking after his side s 0-0 draw at Arsenal on Monday, said he was unable to confirm the reports.

"I don t know anything on that," he told his post-match press conference.

"I ve just finished the game. My focus has been on preparing the game, so nothing on transfers."

Balotelli began his professional career under Roberto Mancini at Inter Milan, when current Milan coach Sinisa Mihajlovic was the coach s assistant, in 2007.

He spent three troubled years at Manchester City from 2010 to 2013, a period marked by regular off-the-field antics and a poor disciplinary record that saw him fall out with then City manager Mancini.

Balotelli returned to Italy, signing for Inter s bitter rivals Milan in January 2013, but was sold to Liverpool in 2014.