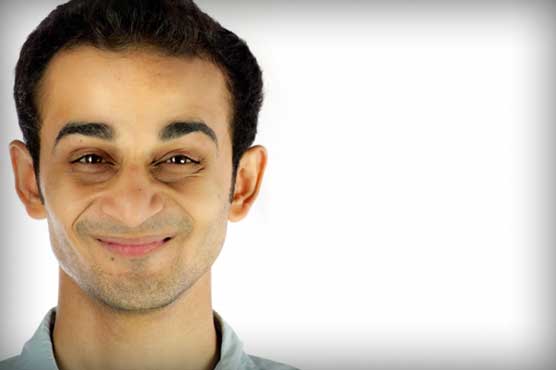 Vishwaraj tried to qualify for next month's Sochi Olympics.

UTRECHT, Netherlands (AFP) - Vishwaraj Jadeja hurtles around a chilly ice rink in the Netherlands thousands of miles from his home in India, chasing his unlikely dream of competing in the Olympics.

His slender frame and short stature stand out among the thick-thighed Dutch giants on the 400-metre long-track in Utrecht, but the determined Vishwaraj, 28, powers himself forward at breakneck speed.

"Smoother! You have to slide!" his Dutch trainer Wim Nieuwenhuizen shouts at the native of Ahmedabad, a city of over five million in northwest India, where the average summer temperature reaches 41 degrees Celsius.

"He has four years to reach the necessary level for the Games in 2018, in Peongchang," in South Korea, Wim told AFP while keeping an eye on the technique of his protege, a former inline skating -- or rollerblading -- champion known almost universally as "Vish".

India regularly sends athletes to the Winter Olympics, mainly competing in skiing and luge, but has never had anyone qualify for ice skating.

Vishwaraj tried to qualify for next month s Sochi Olympics, although he now admits the hope was unrealistic. Because of visa problems, he has only been able to train professionally for around 18 months.

India is only sending three athletes to the event in Russia, competing under the Olympic flag as the Indian Olympic Association has been suspended since 2012 because of government interference, among other things.

"As an athlete, you want to go to the Olympics, the final goal is always the Olympics. But inline skating is not in the Olympics," sighed Vishwaraj, his breath vaporising in the cold air to which he has, finally, become accustomed.

"Long-track ice skating, I thought, was close enough to be able to make the switch and then pursue that dream," he said. He hopes to following in the tracks of US inline skater turned Olympic ice skating champion Chad Hedrick.

Wim notes that there are also important differences between the two sports.

"It looks like it s rather similar, but actually, you re learning the wrong things," he said.

"We are still busy with what he learnt for roller skating, so that he doesn t use it on the ice."

And Vishwaraj still has a long way to go to reach Olympic qualifying times. For Sochi, he was four seconds short on 500 metres and a minute short on 5,000 metres.

His times are steadily improving and both he and Wim insist the 2018 objective is realistic.

"It takes years to become a champion," said Wim.

Despite the technical and cultural challenges, a determined Vishwaraj left home in 2008, abandoning his electrical engineering university studies.

"In India, we don t have a different word for ice and snow... I d never been on ice before," he says, smiling.

The Netherlands was his promised land, known worldwide for its excellence in speed skating and the home of Olympic champions.

"If you want to play cricket, you go to India, if you want to do long-track ice skating, you come to the Netherlands," said Vishwaraj.

He was able to leave India when an opportunity came up to go to Denmark on an educational exchange.

"I took a map, then I saw Denmark, well, that s close enough, until I figure out a way to get to Holland," he said.

I didn t know the rules.

From Denmark he went to Sweden where he took to the ice for the first time, and was foolhardy enough to try a competition.

"It was a disaster!" remembers Vishwaraj, bursting out laughing. "I was disqualified because I didn t know the rules, I didn t know that at a certain point you have to change lanes."

He finally reached the Netherlands after contacting Wim Nieuwenhuizen, who has trained skaters who went on to become Olympic and world champions.

"You have to be crazy to have such a goal but if you are crazy, I can help you," said Wim. "Because I am too."

Initial sniggering from those around him eventually turned to respect: daily training and mountain biking in the Alps in the summer, Vishwaraj is leaving nothing to chance.

Financing his ambitions remains the biggest challenge, however. He says he is only able to keep on track thanks to contributions from his friends, with whom he also takes turns staying, and his trainer.

"There s always competition, we re a billion people, there s someone, somewhere that will be doing it," said Vish.

"So there are other skaters who are trying, so I hope they also make it so we can have a big team at the next winter Olympics."