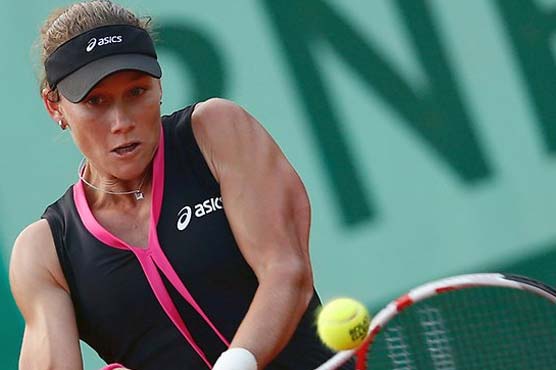 The 29-year-old Australian fired two aces in the first set and another in the second at the Utsubo Tennis Center in western Osaka.

But she managed to defend only two of eight break points, while 19-year-old Bouchard aced once and saved eight of 15 break points.

The victory in the 2-hour-and-13-minute match was the second title this year for third-seeded Stosur, who previously won the Osaka tournament in 2009.

Stosur won in her only other trip to a final this year. She beat then world number three Victoria Azarenka in Carlsbad in early August.

The 35th-ranked Bouchard and Stosur, ranked 20th, faced each other for the first and only time last April in Charleston, where the Canadian came out with a win when Stosur retired due to injury while trailing 6-1, 2-0.