Pakistan rules out sharing nukes with Saudis, anyone else 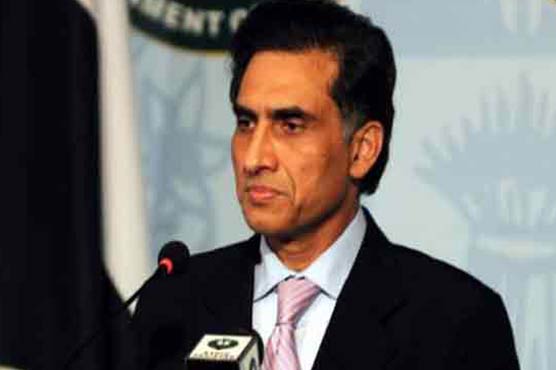 Aizaz Ahmad Chaudhry says any such speculation is "unfounded and baseless."

Aizaz Ahmad Chaudhry says any such speculation is "unfounded and baseless."

He says the nuclear arsenal is solely for Pakistan s national security, and Pakistan won t sell or transfer weapons or advanced technology.

Chaudhry spoke to reporters as he finished a Washington visit Thursday. He was asked about concerns that Saudi Arabia and other Arab countries could seek nuclear capabilities to match Iran s.

Pakistan has long been among the world s greatest proliferation threats, having shared weapons technology with North Korea, Iran and Libya.

But Chaudhry says his country has cracked down hard in recent years.

Pakistan rules out sharing nukes with Saudis, anyone else