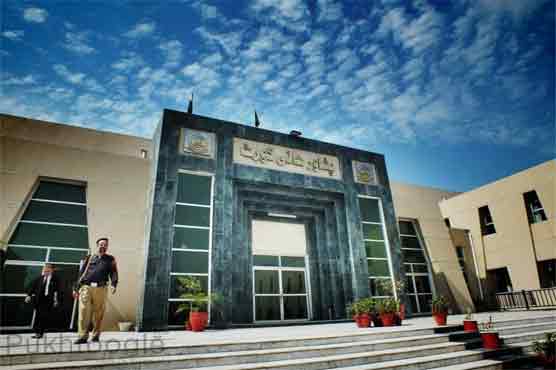 Peshawar High Court ordered to stop the salaries of health officials for violation of court orders.

PESHAWAR: Two-member bench comprising Peshawar High Court Chief Justice Dost Muhammad Khan and Justice Irshad Qaiser issued these orders while hearing a writ petition filed by the aggrieved person named Sakandar Zaman who was of the view that despite qualifying test and interview, he was not appointed for the related job.

At this, he moved a writ petition in the Peshawar High Court. The PHC Chief Justice had sought an explanation from the Chief Executive Hayatabad Medical Complex and MS including Secretary Health, Secretary Establishment. Four months lapsed but none of them submitted their stance in the court.

The Chief Justice while passing his remarks said that nobody would be allowed to mock at judiciary.

He also ordered the Accountant General KP to stop the salaries of aforesaid officials till the final judgment of the said case.