Up to 100 Afghans killed, 12 beheaded, in Taliban offensive

Latest series of attacks have focused on Ajristan district in the Ghazni.

Kabul (AFP) - A major Taliban offensive in eastern Afghanistan over the past week has left up to 100 civilians and security personnel dead, 12 of them beheaded, officials said Friday, as violence worsens with the withdrawal of US-led troops.

Pakistan rules out sharing nukes with Saudis, anyone else
Aizaz Ahmad Chaudhry says any such speculation is "unfounded and...

All educational certificates of Ayla Malik are fake: Niazi
Says he will never part ways with the PTI but the party needed
Read more

Bahawalpur: Girl kills father to save her honour
The girl said her father was a criminal by nature and used to torture his
Read more

DG TDCP says proposals have been sent to the provincial government for final...

Police have arrested four proclaimed offenders during a raid in Islampura Bazar...

The driver of MNA Kashmala Tariq was murdered in Lahore on...

Grandson of a mystic was killed while 10 others hurt in a bomb blast in...

CNG stations in Faisalabad reopened on Monday after two...

Police conducted a raid in Clifton, Karachi and recovered a girl who was...

The health department has postponed polio vaccination campaign for one week in...

Police have shot dead an 18-year-old boy near Fawara Chowk in...

Peshawar High Court ordered to stop the salaries of health officials for...

Police arrested son of an MNA for subjecting PIA officer to...

Three robbers were killed in an alleged police encounter in the outskirts of...

Malik says he has ordered inquiry into the death of an Indian prisoner in...

At least 12 suspects were arrested during a search operation in different areas...

Manzoor Watto has said that the PPP had made the election commission fully...

CWA has announced to provide legal and moral support to arrested Indian...

A CDs shop was blown up in the northern areas of the country on...

At least 24 suspects were arrested from different areas of Islamabad during a...

A terror bid has been foiled by recovering 25 kilogram of explosive material...

CNG stations in Sindh to remain closed for 24 hours

CNG stations in Sindh will remain closed for 24 hours at 8:00am on Wednesday to...

Former MNA of PPP from Kamonki Abdullah Virk on Tuesday announced to join...

PPP leader Syed Khurshid Shah says politics of sit-ins should not be...

The bodies were found chained on the roadside, police said....

5 injured in a brawl in Lahore sessions court premises 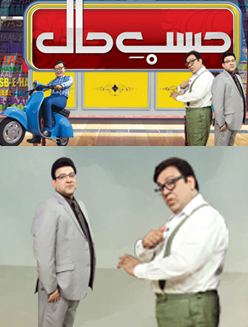 Lawyers have been observing strike in various cities of the country against the ...

A vein in Bashir’s brain ruptured due contemptuous attitude of DCO Muzaffargar...

Says federal and provincial govts have no strategy to address issues confronting...

Mullah Shahpoor and two members of Alqaeda were killed in air bombardment of NAT...

The citizens of different localities in the capital have complained of attacks b...

The SHC has sought reply from secretary special education regarding recruitments...

The employees of CDNS protested against stubbornness of management which refused...

Citizens protested against unannounced electricity loadshedding in Jalapur on Mo...

Capital Development Authority has not taken the proper action to stop this illeg...