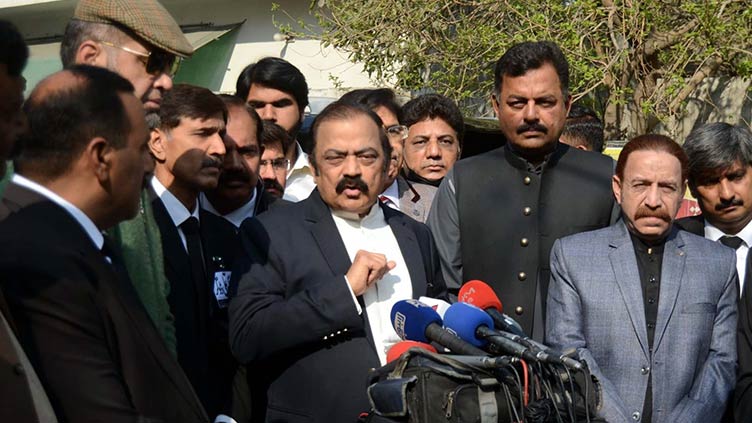 LAHORE – Interior Minister Rana Sanaullah on Saturday filed an acquittal plea in the drugs peddling case, registered against him by the Anti-Narcotics Force (ANF) in 2019.

The minister appeared before the Lahore High Court (LHC) when he submitted the petition, arguing that cases was registered against him on political basis. He said the prosecution team did not have any evidence against him.

While referring to the PTI leader Fawad Chaudhry’ statement that case against Mr Sanaullah was fabricated, the PML-N leader asked the court to remove the case against him.

In July last, Mr Chaudhry in a talk show admitted the drug smuggling case against the PML-N bigwig was fabricated and shouldn’t have been lodged.

On July 1, 2019, Mr Sanaullah was arrested by the ANF Lahore team while he was travelling from Faisalabad to Lahore near the Ravi Toll Plaza on the motorway, claiming to have recovered 15kg of heroin from his vehicle.