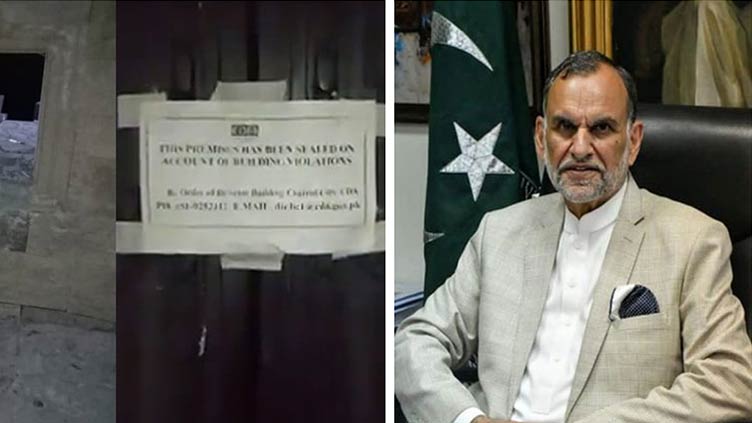 The CDA said the action had been taken after the senior politican defied multiple show-cause notices and a stay order was removed by a court in the case. It said the show-cause notices had been served on the owners of 70 other farmhouses for violating the building by-laws. Four notices were sent to Mr Swati in the last six years for illegally constructing basement and other violations but he did not implement the rules, it said, adding that the final notice was sent to him on Nov 16.

Mr Swati was asked to demolish the illegal constructions. The authorities had sealed four farmhouses in the capital city for not complying with the laws, the CDA said.

Senator Azam Swati had earlier taken up the matter at the standing committee of the Senate. When a report was submitted by the CDA, the committee found that the case was pending in court and later excused from taking any action. After court removed a stay order of Mr Swati, the CDA’s building control cell, along with the city administration team, sealed the farmhouse.