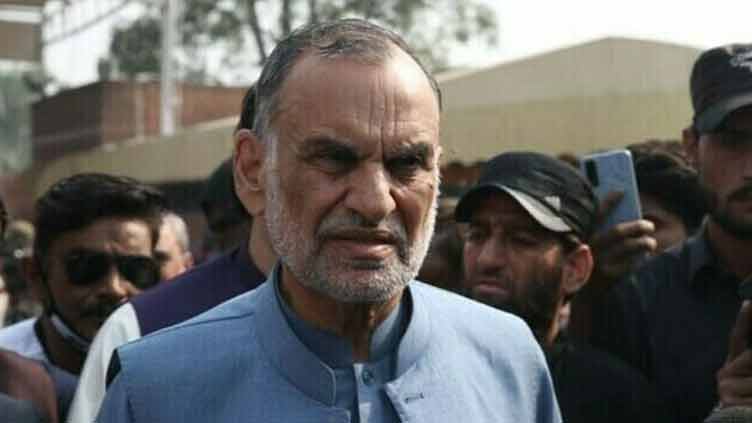 KARACHI (Dunya News) - The son of PTI senator Azam Swati on Thursday filed a petition in the Sindh High Court (SHC), challenging cases filed against his father over controversial statements against state institutions.

Barrister Usman Swati also sought court orders to stop the Sindh police from registered more cases against the PTI stalwart, who is currently in custody of the Balochistan police.

Mr Usman in a media talks said he had also asked the SHC to summon complete record of cases filed the police against his father.

PTI leader Firdous Shamim Naqvi said what was meted out to Azam Swati was shocking. “This is the call of conscience that today we are here [SHC] to take up the matter,” he said while referring to the alleged leaked personal videos of

Azam Swati. He said registration of 40 cases against the PTI senator was part of a targeted campaign against him.
A day earlier, the Balochistan High Court (BHC) directed police not to lodge any further case against Azam Swati.

A Quetta’s district court remanded the senator in police custody for five days on Sunday, a week after the Federal Investigation Agency (FIA) arrested him in Islamabad in a case pertaining to controversial tweets against the military.

The senator was shifted to Quetta aboard a special flight amid tight security on Friday after the judicial magistrate of Islamabad handed him over to the Balochistan police.