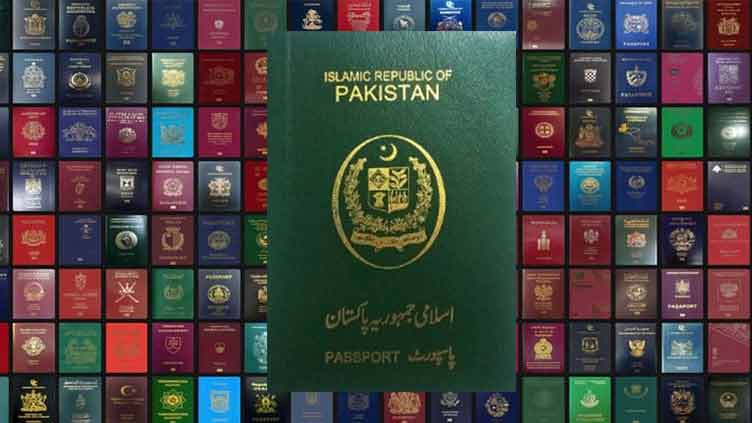 ISLAMABAD (Web Desk) – The Pakistani passport has once again been ranked the fourth-worst in the world, providing access to only 34 destinations, according to the Arton Capital’s Global Passport Power Rank for 2022.

The index is a ranking of the world s 98 passports according to the number of destinations their holders can access without a prior visa or through visas on arrival facility.

In the ranking, Pakistan is ranked only higher than conflict-hit Syria, Iraq and Afghanistan, which occupies the bottom position.

The holders of the Pakistani passport can access to 10 countries without getting any prior visa and they can get visas of 34 countries on arrival. However, they require a prior visa to access 154 other destinations.

However, the United Arab Emirates (UAE) s passport has been declared the most powerful across the world, providing visa-free access to 180 countries.

The citizens of Netherlands, Austria, Germany, Switzerland, and other countries visit 173 countries without getting a prior visa.

Similarly, the people of the US, Poland, Ireland, Denmark, Belgium, New Zealand, Portugal and Norway do not require a visa to visit 172 countries.

Meanwhile, the Indian passport has been ranked 69th powerful in the country, with access to 72 countries.