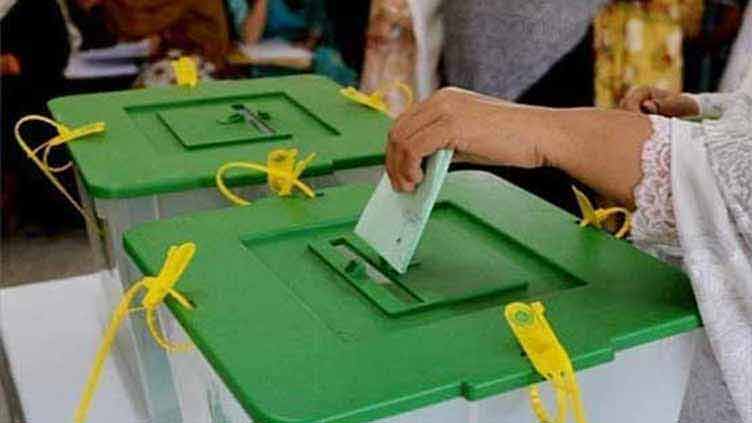 MUZAFFARABAD (Dunya News) – The Azad and Jammu Kashmir (AJK) is holding the third and final phase of the local bodies elections in three districts of Mirpur division today (Thursday).

The voting is underway in Mirpur, Kotli and Bhimbher for the union and district councils’ seats and it will continue till 5pm.

The AJK Election Commission, in a statement, said more than 1.23 million people would use their voting right, adding that 2,188 polling stations had been set up in the Mirpur division.

Officials said 10,985 personnel of the AJK Police, Rangers and Punjab police have been deployed across the division to maintain the law and order situation. Pakistan Army troops will be available as quick response force to the local authorities.

Of 29 district council seats in Poonch district, PML-N won 10, followed by PTI which secured seven, and six each by PPP and JKPP, while PML-N and PPP secured five seats each in district council Haveli and PTI won only two seats.

In the first phase, the PTI took lead over its opponents, the PML-N and PPP, by winning the 33 district council seats.

PPP remained second by winning 23 District Council seats and PML-N grabbed 16 seats in the local government elections held in Azad Jammu and Kashmir (AJK) after a gap of three decades.