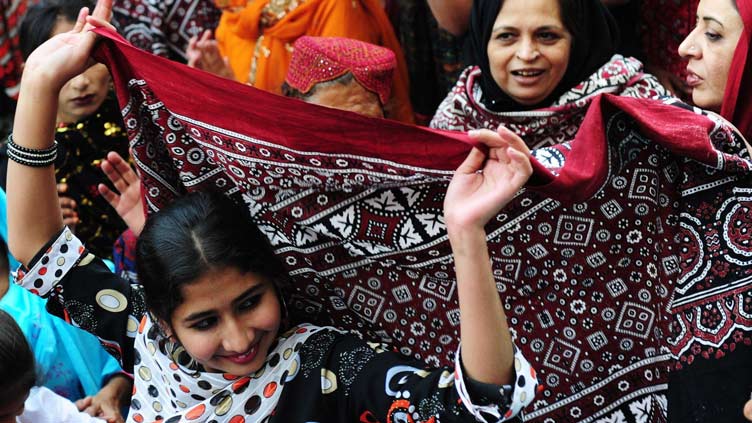 (Zaid / Web Desk) - You might have your ears moved by a famous Sindhi song ‘Sindhi Topi ain Ajrak Wara jian’ by Ahmad Mughal in the gatherings of Pakistan People’s Party (PPP). But have you ever wondered what it is all about? Yes, you are right. It’s about Sindh’s culture. Squeezed in Sindhi cap and widely popular Ajrak – added later – the Sindhi culture is as vibrant as its symbols. Let’s explore the history of the day and the symbols.

Sindh Culture Day – celebrated on the first Sunday of December – is the day of paying tribute and respect to the rich and vibrant history of the Indus civilization starting from Mohnejo Darro, also known as the mother of civilizations. Along with the felicitations pouring in from leaders and civil society members across the world, people could be seendancing to traditional songs while wearing Ajrak and Sindhi cap. This year, the theme of the day is “Ekta” meaning unity.

The celebrations started as the Sindhi Topi Day in 2009 in response to a famous and equally controversial TV anchor Dr. Shahid Masood’s critical remarks about the then President Asif Ali Zardari who had worn Sindhi cap on one of his official foreign tours. The Sindhi language media outlets reacted strongly to the remarks and started projecting Sindh’s culture as a symbol of pride and unity. Ali Kazi, the head of a Sindhi news channel KTN pitched the idea of celebrating the cultural day and all Sindhis weighed in for the celebrations. Since then, the audience of the day has not looked back with famous leaders including Canadian Prime Minister Justin Trudeau sending heartfelt greeting on the occasion.

According to an independent curator of ethnographic headwear, Stacey W Miller, “hats and headdresses are a unique and powerful lens through which one can view the human experience.”

Ranging from the material used in making of a hat to its use over the time, cap could convey a lot of information on people’s craftsmanship, climate conditions of the time it was first made in, identity of the society back then and gradual changes it has endured over the course of time, and religious and cultural inclinations associated with it.

In the eighteenth and nineteenth century AD, covering head was considered a symbol of soberness, and respected. Those who did not want to put the “weight” of covering – as modern generation perceives it now – were prosecuted or socially boycotted. Sindhi cultural day is a great source of acquainting oneself with the rich heritage one belongs to. 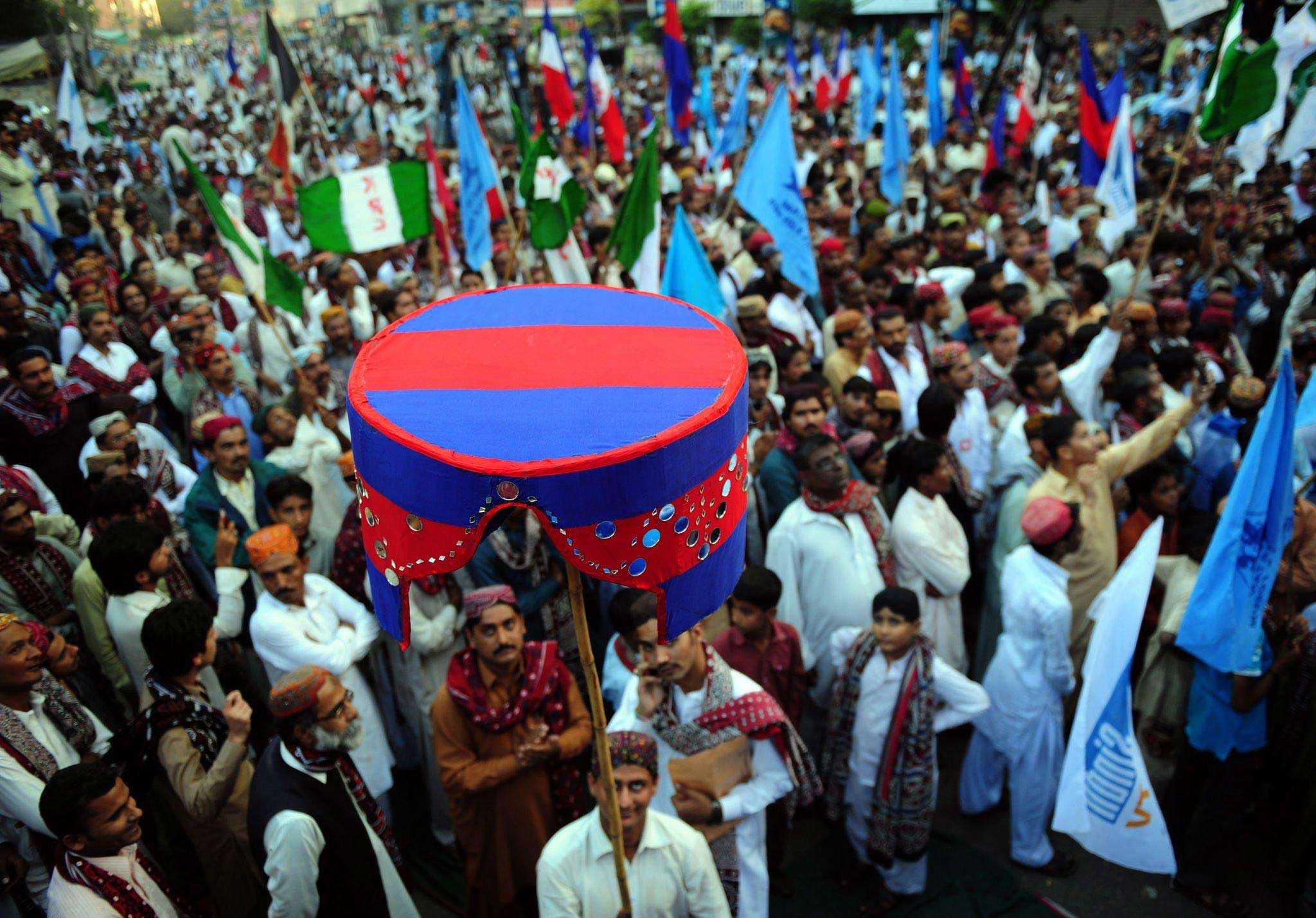 Kamran Brohi, an independent researcher, has outlined the transition of Sindhi cap through different ages. Dividing it in three phases including silky era, phase of collyrium, and phase of golden threads, he embarks his readers on the journey the cap has undergone till modern times.

In the silky era, the import of silk from Kashmir fascinated the cap makers to use silk as the cloth and ornament the cap with pearls, plastics, and glasses. It – unlike today’s cap – had a half moon cut at its forehead and is outdated now. Silk was mostly used by the rich then.

During the Collyrium era, the material for ornamentation saw a shift from plastics to collyrium – a fluffy material that now a days could be seen covering the mic to reduce noise. It was used to create aesthetic lines and flowering designs on the caps. The tops of the caps were decorated in different shapes including half, circular, rectangular, four-cornered, oblique, moon, sun, and stars. It lost its space because upon washing, the greyish color and shining went way.

The phase of golden threads witnessed the use of a hard cloth between two or three folds of the cap it originally contained to provide a solid covering to the head. In this era, the opening of the cap saw the incision of an orchid shape and it prevails to date. Now a days, most Sindhis could be seen wearing or gifting the same design cap to others.

Ajrak – a famous and multi-purpose Sindhi shawl – is another symbol of the Sindhi culture. It derives its name from Persian word Ajar and ak means brick and small respectively, hence conveying the sense of unity and its journey from other cultures. On the eve of cultural day, Ajrak as a gift is a must. It is used as a hammock for infants, headgear for girls, bridal accessory, a turban and a shawl, a bed cover, and a tablecloth.

The early designs of Ajrak dawn on us the adeptness of early people in making clothes. Woodblock printing – a type of printing that uses woodblocks to print texts or patterns on cloths or pages – is used to inscribe the designs it carries on it. Most of the Ajrak makers use the same technique to date. The entire production involves the use of vegetable or mineral dyes to inscribe the patterns. Indigo is the main dye.

Sindhi culture day is incomplete without Ajrak and Sindhi cap. They are the symbol of pride and respect for indigenous people. The bright colors and symmetry of Ajrak and cap reflect the precision that goes into enabling them represent the Sindhi culture all across the world.