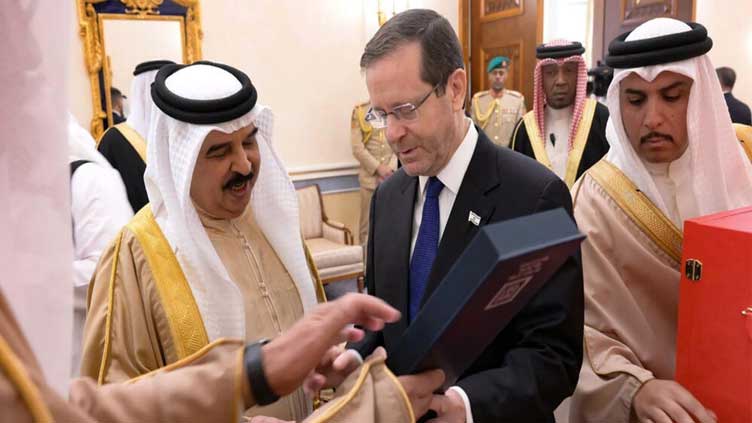 Manama (AFP) – Israeli President Isaac Herzog visited Bahrain on Sunday on the first trip by an Israeli head of state to the small Gulf kingdom, following the normalisation of relations in 2020.

Herzog, whose role is largely ceremonial, met with King Hamad bin Isa Al-Khalifa and Crown Prince Sheikh Salman bin Hamad Al-Khalifa.
They discussed issues including regional security and "ways to encourage communication between the representatives of the private sector in the two countries", the official Bahrain News Agency (BNA) said.

In 2020, Bahrain, the United Arab Emirates and Morocco became the first Arab states in decades to normalise relations with Israel, following negotiations spearheaded by the administration of former US president Donald Trump.

The Jewish state had earlier reached peace treaties with neighbouring Egypt and Jordan.

"I call on more states in our region to join this partnership, strengthening the Middle East," Herzog said Sunday.

"The expanding circle of (Middle East) peace is highly important, especially amid threats to global and regional stability. In the face of hate, threats and terror, there is one answer: alliances with friends."

Other countries in the region, notably Saudi Arabia, have repeatedly said they would stick to the decades-old Arab League position of not establishing official ties with Israel until the conflict with the Palestinians is resolved.

King Hamad said that Bahrain supports "achieving a just, comprehensiveand sustainable peace that guarantees the legitimate rights of the Palestinian people and that will lead to stability, development and prosperity for both the Palestinian and Israeli peoples, as well as all peoples of the region," BNA said.

"My visit underscores the importance Israel attaches to relations with Bahrain, including partnerships on defence, trade, tourism and environment," he said.

In February of this year, Israel signed a defence agreement with Bahrain, and Naftali Bennett became the first Israeli premier to visit the country.

Herzog said Sunday he would follow his stop in Bahrain with a visit to the UAE capital Abu Dhabi.