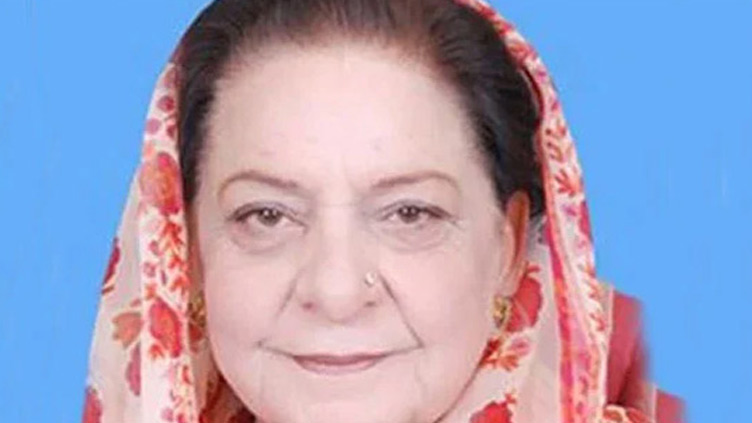 In his condolence message, the prime minister said late Najma Hameed’s contributions to the supremacy of constitution, democracy, country and party were unforgettable.

She was an embodiment of party ideals, principles, brave, affectionate and faithful personality. Her death was a huge loss to the party as she was a precious asset of PML-N, he added.

On his Twitter handle, the prime minister said that he was grieved to hear about the passing of Begum Najma Hameed, ex-PML-N Senator and the aunt of Marriyum Aurangzeb.

“She was a committed & loyal party leader who served the country, party & democracy with dedication,” he added.

The prime minister expressed his condolence and sympathies with the bereaved family including Tahira Aurangzeb and Minister for Information and Broadcasting Marriyum Aurangzeb.

He also prayed for the high ranks of the departed soul and for the bereaved family to bear the loss with fortitude.

Late Najma Hameed was the elder sister of member National Assembly Tahira Aurangzeb and aunt of Minister for Information and Broadcasting Marriyum Aurangzeb. Najma Hameed passed away on Friday night.