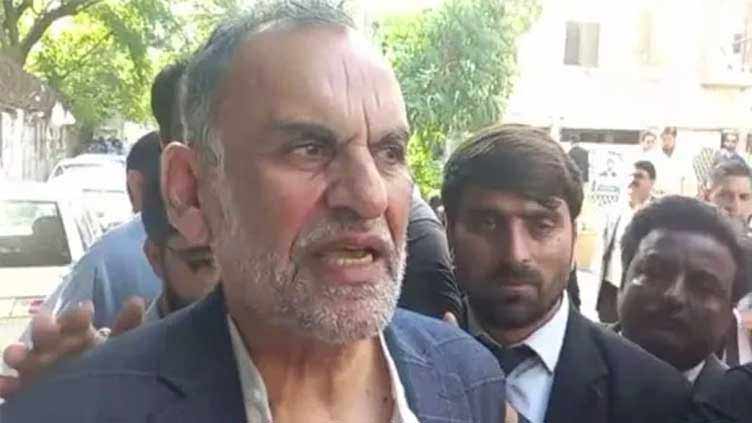 ISLAMABAD (Dunya News) – The Quetta police on Friday arrested PTI leader Azam Swati in a separate case registered against him in Balochistan for his controversial speech at the party’s Rawalpindi showdown.

The police team has taken the outspoken PTI leader to Balochistan for interrogation in the case.

The development comes a day after the Federal Investigation Agency (FIA) got a 14-day judicial remand from a district and sessions court in the controversial tweets case.

In its plea, the FIA told the court that it had completed the investigation and that there was no need for further investigation.

The FIA had taken the PTI leader into custody from his farmhouse located in Chak Shahzad, a suburb situated in Islamabad after his party staged a power-show in the neighbouring city of Rawalpindi.

This was the second time that the 74-year-old politician was arrested in more than a month as he secured post-arrest bail in controversial tweets case from a court in the capital city last month.

The FIA has registered a first information report (FIR) on the complaint of the state through Islamabad Cyber Crime Reporting Centre (CCRC) Technical Assistant Aneesur Rehman.