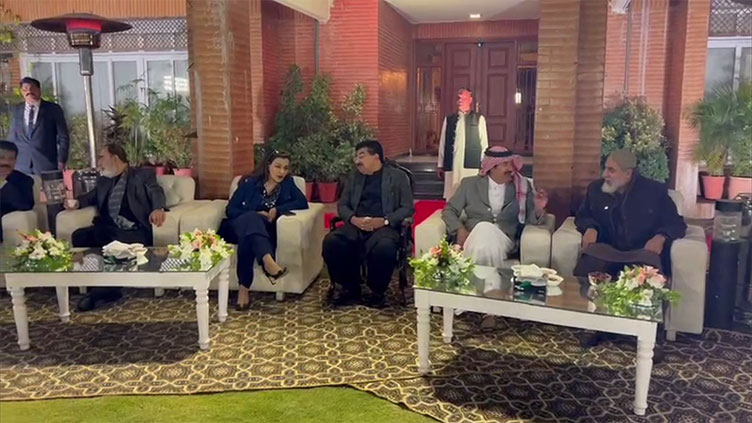 He was talking to a delegation of Qatar led by member of the Qatar’s Royal Family Sheikh Falah Bin Jassim. Balochistan Chief Minister Abdul Quddus Bizenjo was also present during the meeting held in Balochistan House, Islamabad.

The matters of mutual interest and ways to enhance bilateral relations between the two countries came under discussion.

Sanjrani said there were immense investment opportunities in Pakistan which could be exploited to create a successful business environment.

He said the development and prosperity of Balochistan were the first priority of the government and all necessary steps were being taken to further improve the law and order situation.

Sanjrani said Pakistani people value their relations with Qatar. He thanked Qatar for its valuable assistance in dealing with the flood situation in Balochistan.

The Chairman appreciated the services of the Qatar government and especially the Emir of Qatar Sheikh Tamim bin Hamad Al Thani for solving the problems of the Muslim Ummah.

Balochistan Chief Minister Abdul Qudous Bizenjo briefed the delegation about the law and order situation in the province and government development plans.

Speaking on the occasion, Sheikh Falah bin Jassim said, “Pakistan is our best friend and will continue to provide full assistance for the rehabilitation of the displaced people due to floods in Balochistan province.”

Later, Senate Chairman organized a dinner in the honour of the Qatari delegation.