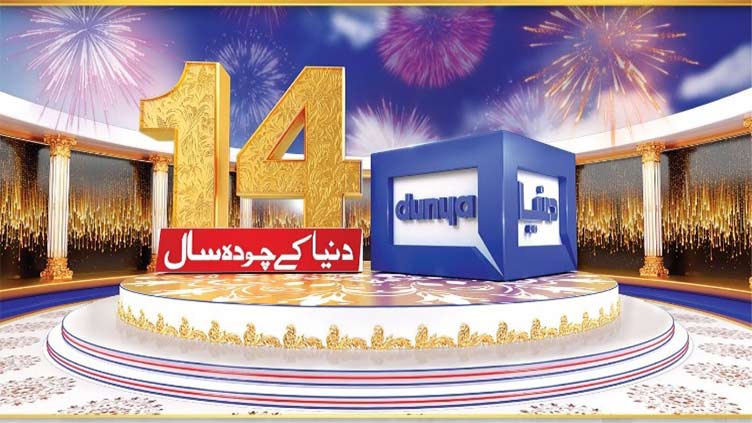 LAHORE (Dunya News) – Dunya News, the leading news network of the country, completed its 14 years of success and  journalism for service  today (Thursday). Anniversary of the prestigious organisation was celebrated in various cities throughout the country, Dunya News reported.

The network that would eventually become nation s favourite news channel started its operations in 2008 and since the beginning, credible journalism and informed current affairs programming has been the hallmarks of the network.

The acclaimed professionalism and integrity of the Dunya News  newsmen and women are some of the ingredients that set it apart from the competition.

It was this very network that introduced largest news studio facility using state of the art modern projection technology.

Over the course of 14 years, Dunya News has informed its audience through distinct coverage of some of the biggest events of the country s history. One such innovative trend is the marathon transmissions in mega events such as elections and other events of political significance.

It was Dunya News that introduced Dunya Tez Hai, a signature effort, where headlines are broadcast twice every hour. The trend was later copied by others in the media.

Dunya News is equally popular among the overseas Pakistanis as is indicated by various rating meters in the UK and US.