ISLAMABAD, (APP) - Constructed in the 1990s as the country’s one of flagship projects, the Pakistan motorway had presented a plausible travelling facility to commuters, nagged by full of a hassle travelling on Grand Trunk and other roads over the decades.

No horns, no screeching and no lane violations had been the hallmark of Islamabad-Lahore (M-2) and Islamabad-Peshawar (M-1) motorways as the specially raised force always stood on toes to ensure quality policing.

But, in recent years especially the last half of the decade, the situation gradually deteriorated with most often seen violations on these marvellous roads including speeding, mobile phone using, lane violations and wrong overtaking, raising many questions.

“Why strict action is not taken against the violators,” questioned Rashid Mahmood, a frequent traveller of motorways from Islamabad to Lahore and Multan.

“I often see vehicles crossing me when I was driving at the permissible speed limit of 120 kilometers per hour.”

Furthermore, it is not the issue of LTV alone, as some passenger buses also cross me at the same speed and sometimes from the extreme right crossing lane, he stated. “Most of these buses show their route details from Lahore and other cities of Punjab to destinations in Khyber Pakhtunkhwa. Crossing LTVs from the fastest lane instead of the centre lane sometimes becomes too hazardous.” 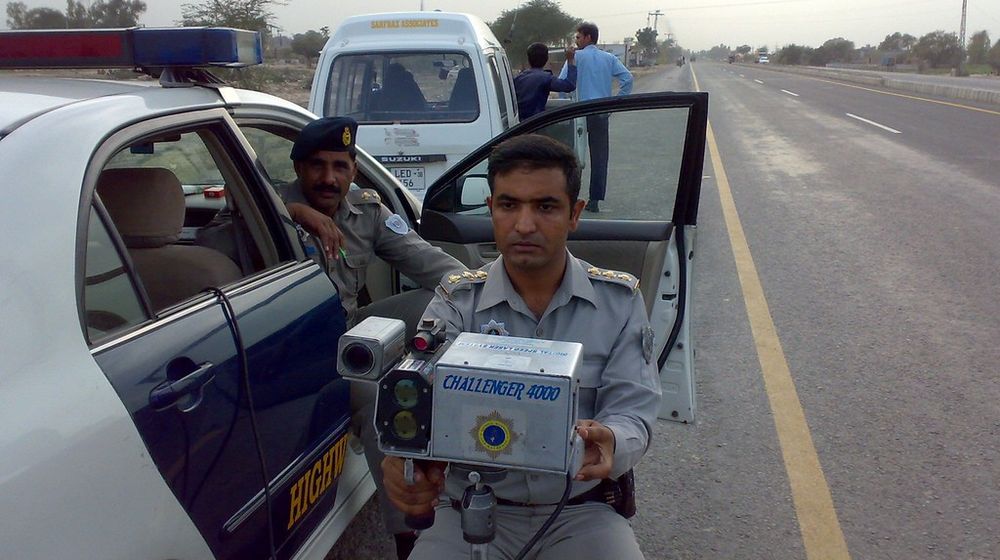 When a bus driver was questioned about this mindset, he had no valid reason to explain and seemed that some were doing this just as a habit and others for attracting more passengers to travel by buses of their companies.

The only reason for rash driving he gives is to reach the destination faster than others due to tough competition between different bus services. But, in this way they endanger passengers boarding their buses as well as other commuters.

Another commuter, Javed Chaudhry said many owners of big and costly cars and cruisers continuously use fast or crossing lanes with some at slow speeds making others wrongly overtake them.

“And when you follow them and seek way by blinking headlights or horning, they irritate and arrogantly continue to travel slow and in the same lane,” he said. “It feels like that doing this satisfies their ego and air of magnificence. The motorway police also need to tame these spoiled sons of the affluent families.” 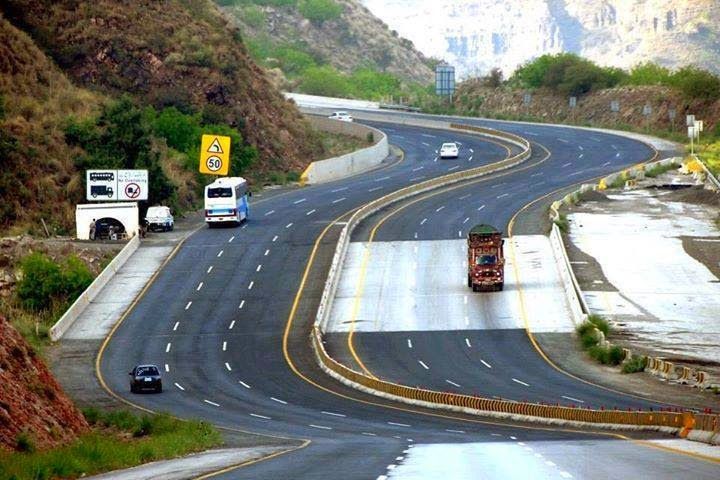 Moreover, seeing the remains of animals on motorways especially M-2 right from Kallar Kahar up to Pindi Bhattian and downward to Lahore is also a serious issue that clearly means, the wire border guarding motorway was broken at certain points giving free way to animals to roam on the motorway.

It is also very common that vehicles ferrying poultry birds from other cities to Islamabad and Rawalpindi continuously use the middle lane for travelling and that is also even faster than the LTV speed limits. Some do not wear seat belts and many others freely use mobile phones while driving.

Known for its vigilance and strict law enforcement regardless of the status of travellers, the Motorway Police keeps busy in managing traffic by patrolling and installing speed limit cameras to check these violations. Their conduct and cooperation remain exemplary to facilitate passengers in case of any trouble.

As the National Highway and Motorway Police (NHMP) might already be aware of such violations, they have launched a “No More Violations” initiative for strict implementation of traffic rules.

“Our ‘No More Violations’ initiative is a part of a five-year vision to modernize NHMP,” he said. “Through this initiative, we run video messages to the aware public on traffic rules and avoid accidents besides enforcing speed limits, reviewing existing traffic laws and reforming motorway police to the best practices.”

“We have also started using drone technology to supervise a vast network of roads connecting various cities,” Khalid Mahmood said. “Pakistan has become the first country in the region to employ drone technology.”

The IG mentioned more efficient measures being taken after the World Health Organization’s (WHO) data showed more than 30,000 people dying in road accidents in Pakistan every year.

He said the NHMP is being equipped with variable message signs (VMS) to control violations. Now the description of the violation and type and number of vehicles would run on the back screen of police cars informing violators to stop for the challan.

“We are also introducing a ‘standard point system’ wherein drivers would get negative points for every violation and their licenses will be cancelled on reaching a certain level of negative marks,” he said. “We are also ensuring enforcement of load limit for goods transporters.”

Furthermore, he said, the NHMP had conducted several Road Safety briefings, awareness and sensitization walks, seminars and workshops, and provided brochures and booklets to commuters. Vehicles are also tested for having emergency exit gates and those lacking such gates would be barred from travelling on motorways.