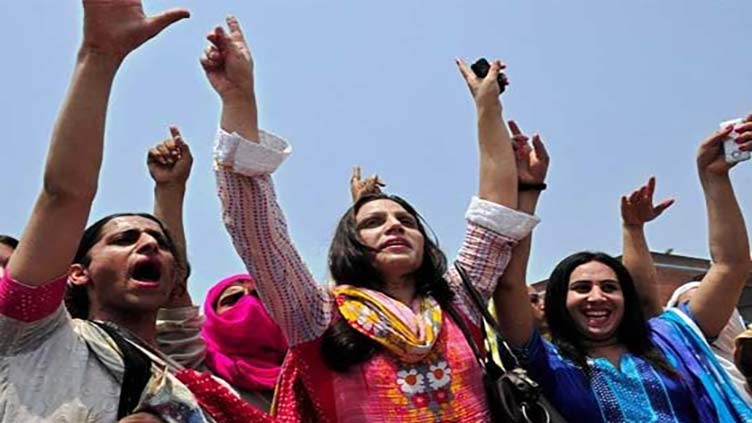 Acting FSC Chief Justice Muhammad Anwar said, "No one could humiliate anybody. Is there any example, where this law was used inappropriately?"

JUI-F senator Mushtaq Khan said, " The Punjab police penned a letter to the IG – the statement of which read – that the police officers are getting training along with the transgender. That transgender was hired – by claiming to be a girl – as there are many examples of the misuse of this law."

On the other side, JUI-F lawyer Kamran Murtaza has completed his arguments, while during the hearing, the Ministry of Human Rights and NADRA have also presented the reports before the court.

According to the report – submitted by the concerned authorities, 100 members of the transgender community have been registered in the protection center in the federal capital.

The NADRA lawyer informed the court, "Prior to the introduction of this law, the practice of writing ‘Male Transgender and Female Transgender’ on the NIC used to be done."

Expressing his anger over the officials of the Ministry of Human rights, Acting CJ remarked, "It was for the third time that the court was misguided as it was informed that nobody from the transgender community registered a case."

The officials of the Ministry of Human Rights said, "The report was submitted in the court – in the same condition – in which – the interior ministry provided to the ministry of human rights".

Meanwhile, the court has ordered to submit report on the grounds of reality.