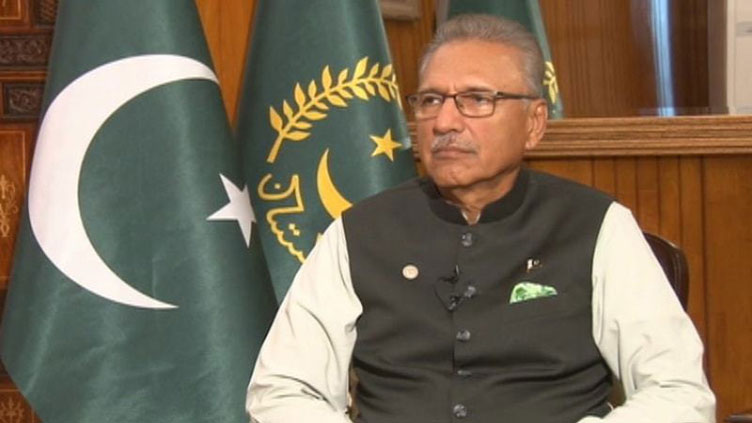 ISLAMABAD (Dunya News) – President Arif Alvi has no authority to reject any advice from the prime minister, said legal experts as a summary for the appointment for new Pakistan Army chief has been sent to the president.

COAS Gen Qamar Javed Bajwa is all set to retire on November 29.

Legal experts are of the view that the president cannot hold consultation with anyone before approving a summary for the appointment of army chief as it is not in line with the Constitution.

Supreme Court Advocate Salman Akram Raja said that the President’s Office is just like a "post office," but as per the given constitutional powers, he can delay the matter for a short period of time.

"When a summary is sent to the President by the premier or the cabinet for approval, then under Article 48 of Pakistan’s constitution, the President has the power to take a decision within 15 days and can also send it back to the PM’s house for review," he added.

Salman added that the premier can take another ten days for re-evaluation.

A day earlier, PTI Chairman Imran Khan revealed that President Alvi would consult him on the two highest appointments in the military.

Citing the constitutional provisions and Army Act’s Section 8 which regulates the appointment, the experts said that the president could take advice given by the PM, but could not turn it down in any way.

Last week, PPP Chairman Bilawal Bhutto advised President Alvi against creating any mess up in the appointment of army chief.

Addressing a press conference, he said: “President Arif Alvi has the last chance and I hope he will follow the law and constitution but if he [President] tries to mess up, then he will also have to suffer the consequences.”