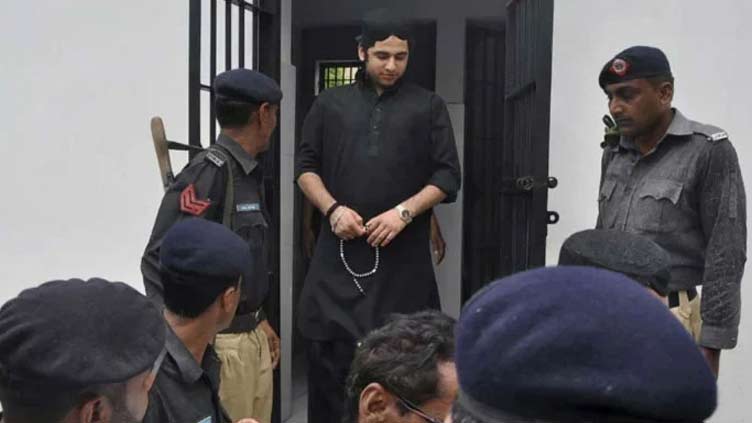 KARACHI (Dunya News) – Shahrukh Jatoi, the primary suspect in the Shahzeb Khan murder case, has been released from the Malir Jail after 10 years, said jail officials.

In October, a three-member bench of the Supreme Court, headed by Justice Ijazul Ahsan had acquitted Shahrukh Jatoi and his accomplices in the Shahzeb murder case.

During the hearing, Shahrukh’s lawyer, Latif Khosa, told the apex court that a formal pardon had already been issued and that his clients had no intention of spreading terror.

The case pertained to the murder of 20-year-old Shahzeb Khan in December 2012 in Karachi following a petty dispute by Jatoi and his accomplice Siraj Ali Talpur who were awarded death sentence by an anti-terrorism court. Siraj’s younger brother, Sajjad Ali Talpur, and domestic helper Ghulam Murtaza Lashari had been handed life sentences.

During the hearing, Jatoi’s counsel Latif Khosa argued that “the parties have already reached an agreement”. “The accused had no intention of spreading terror,” he said and added, “The murder event was presented as a case of terrorism”.

The attorney general for Pakistan (AGP), meanwhile, said that a review appeal would be filed against the apex court decision.

It merits mentioning that Shahzeb , the son of former deputy superintendent of police Aurangzeb Khan, was murdered in 2012 in Karachi’s defence area over a petty dispute.

Shahzeb had returned home from a wedding party with his family when an employee of the accused verbally harassed his sister. He confronted the accused and demanded an apology.

The accused, however, were remorseless and refused to apologise for the behaviour of their employee. The issue was apparently resolved when Shahzeb s father intervened and tried to pacify both his son and the other party.

In June 2013, an anti-terrorism court (ATC) awarded the death penalty to Shahrukh and Siraj Talpur, while Sajjad Talpur and Ghulam Murtaza Lashari were given life imprisonment.

Shahrukh was handed down an additional three years in prison for illegal possession of a weapon. The ATC also directed the convicts to pay a Rs500,000 fine each.

As he had walked out of the court after the verdict was announced, Shahrukh Jatoi had posed with victory signs for the countless cameras trained on him. This behaviour again drew condemnations from civil society.

A few months after the verdict, however, the victim s father granted a pardon to the accused. Reportedly, the pardon was granted under duress. The convicts then again approached the Sindh High Court (SHC) for a review of the verdict.

In November 2017, the SHC decided on the criminal review petition, set aside the capital punishment awarded to the two accused and ordered a retrial.