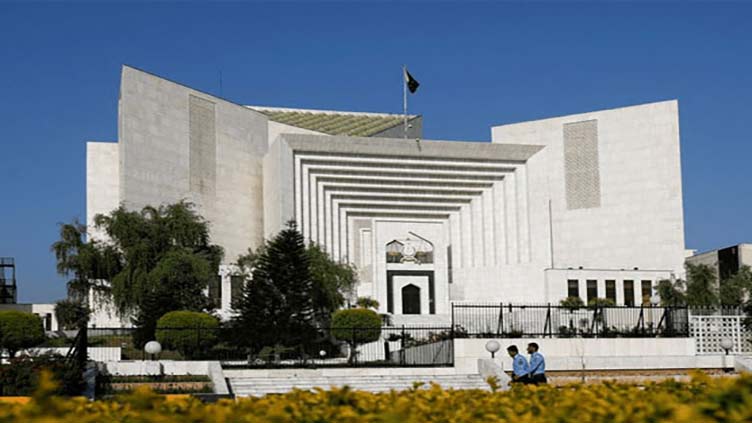 ISLAMABAD (Dunya News) – The Supreme Court of Pakistan (SCP) on Monday directed the centre and provincial governments to review the respective clauses in the Mineral Act.

Advocate Salman Akram Raja said that ‘Minerals Act of 1948 is both federal and provincial in nature, the Act of 1948 is against the scheme given in the Constitution.

Justice Yahya Afridi inquired – during the hearing, “Why the Minerals Act of 1948 should not be allowed to remain in its original state, the provincial government should review the provisions of federal nature given in the law."

Lawyer Zahid Ibrahim said, “The Minerals Act 1948 has been repealed within the boundaries of Khyber Pakhtunkhwa. A new law regarding minerals and mining was introduced in Khyber Pakhtunkhwa in 2017. The Reko Diq case went to the International Court of Arbitration, resultantly Pakistan was fined $6.5 billion. Reko Diq project will open the doors of foreign investment in the mineral sector in Pakistan.”

It is pertinent to note that President Dr Arif Alvi [ in October] accorded his approval to a summary for the filing of reference in the Supreme Court of Pakistan under Article 186 of the Constitution of Pakistan, 1973 in the Reko Diq Project on the advice of Prime Minister Shehbaz Sharif.

Earlier, the Apex Committee, headed by the minister for finance and Tethyan Copper Company Pakistan (Private) Limited shareholders, had agreed to a framework for settlement and revival of the Reko Diq Project in March 2022.

The federal cabinet, in a meeting held on September 30th, approved the filing of a reference in the Supreme Court under Article 186 of the Constitution with respect to the following questions of law of public importance:

ii. If enacted, would the proposed Foreign Investment (Protection and Promotion) Bill, 2022 be valid and constitutional?

In September 2020, the World Bank’s arbitration forum, the International Center for Settlement of Investment Disputes (ICSID), granted a stay on the $6 billion fine imposed on the country in the Reko Diq case.

In April 2020, a hearing was held via video link which granted Pakistan provisional stay against the fine. The final hearing in the Reko Diq case is slated to be held in May next year.

In July 2019, the ICSID Tribunal ruled in favor of the Australian company Tethyan Copper Company (TCC), ordering Pakistan to pay a hefty $6 billion fine to the Australian mining company.