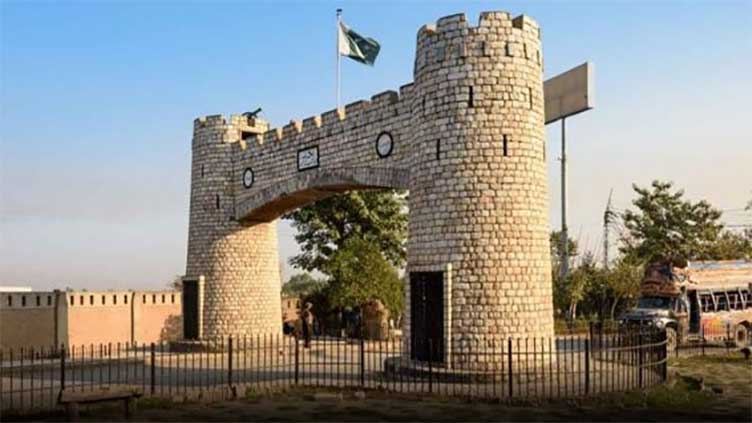 PESHAWAR, (APP) - As a gateway to the Indo-Pakistan Subcontinent, Khyber Pakhtunkhwa carried a unique geographical location, archaeological heritage and primitive history that witnessed the oldest civilizations including Gandhara and onslaught of invaders that marched to India through historic Khyber Pass.

“Khyber Pakhtunkhwa is known for its rich history in the Subcontinent where followers of almost all religions came and stayed for accomplishment of their political, trade and business objectives. As result of which different religions including Buddhism, Hindusim, Sikhism and Christianity gained roots for many years in the region of present-day Pakhtunkhwa before Islam,” said Bakhtzada Khan, Research Officer, Department of Archeology and Museums while talking to APP.

“The discovery of human remains in Soan Valley in Pakistani Punjab as evidence of the stones and bones’ tools dating from around (2 million to 90,000 years before present) of the Early Paleolithic period signified that people were living here.”

He said, “Sangaro cave’s excavations, Mian Khan, Mardan conducted by the renowned archeologist Ahmad Hasan Dhani and Farid Khan in 1963 had revealed the presence of people’s remains in the Middle Paleolithic period (9,000 to 27,000 years before present) in Khyber Pakhtunkhwa.”

He said these people were living in stones-made caves, who fulfilled their foods mostly from hunting of birds and animals. The discoveries of primitive rocks, bones and hunting tools dating back of Mesolithic or Middle Stone Age (10,000 to 8,600 years before present) during excavations at Khanpur in Haripur district and Sangaro Cave signified presence of humans’ life in Swat and Dir where every stone speaks about their lifestyle, culture, livelihood and civilizations, he informed.

He said it was found that people started making clay and stones made pots, crockery and others related utensils for kitchen during the Neolithic period or commonly known as new stone-age dating back some 8,000 years before as evident from excavations of historic Mehar Gharh in Balochistan of the Indus Civilization, Rehman Dheri DI Khan and Sheri Khan Tarkai Swabi.

The evidence had magnified that people were living in the stone and mud houses in those primordial eras. He said the graves of Aryans invaders were also discovered at Aligram Swat, Sangota Chitral and Timergara Dir Lower dating back of the Dark Ages period of around 2,000 BC.

He said semi-nomadic Aryans entered KP from the Afghanistan side and settled along rivers Swat, Gomal, Kurram, and Kabul before migrating to India. “The Gandhara civilization gained roots in the province after Persians conquered it in 6th century BC and made it one of the provinces of the Achaemenid Empire.”

He said reading and writing in Swat, Dir, Mardan, Charsadda, Peshawar and Malakand, famous for Ghandara civilization, were started as evidence of the inscriptions mostly made on stones by Iranians. In 327 BC, he said Alexander the Great invaded the subcontinent through Khyber Pass and faced tough resistance while trying to subdue Youafzai tribesmen at Swat and Kunar valleys.

Alexander also resided in Taxila where he met a bold young man named Chandragupta Maurya, who was an exiled prince of Magadha in eastern India and Maurya decided to forge an empire in Alexander’s footsteps. However, his dream remained unfulfilled after the death of Alexander.

Later, Alexander’s general Seleucus established rule in India’s territories. The Indo-Greeks, a group of about 39 kings and queens laid the foundation of its own culture and introduced Greek art style which still existed in Khyber Pakhtunkhwa besides promoting Bhuddism.

In 1001 AD, he said Mahmud Ghaznavi defeated Jayapala, the last Hindu Shahi King and subsequently Islam was spread in subcontinent including KP. In 1505, he said Zaheeruddin Babar, the founder of the Mughal Empire had entered the subcontinent through Khyber Pass and took today’s Kohat, Bannu districts before defeating the last Lodhi King and becoming Emperor of Delhi.

Ahmad Shah Abdali had launched several campaigns from Peshawar into many places across India. However, Abdali’s reign (1747 – 1772) was temporarily interrupted when the Marathas invaded in early 1750s, but he succeeded to regain control over KP in 1761. Later the province came under control of Sikhs in 1818 under the command of Maharaja Ranjit Singh after he took over Peshawar in 1923.

“The history of Pakistan would not be completed without mentioning the outstanding role of Khyber Pakhtunkhwa’s people and students of Islamia College Peshawar during the Pakistan Movement,” said Muhammad Younas Khan, Chairman Pakistan Studies Department while talking to APP.

The people of KP had accorded warmest welcome to Quaid-i-Azam Muhammad Ali Jinnah and voted in favour of All India Muslim League when he came here in 1946, he added. “The Muslim League secured maximum seats in 1946 election and after that historic victory nobody could stop independence movement of Pakistan from this province,” he added.

In July 1947 Referendum, he said Muslim League achieved landslide victory in Khyber Pakhtunkhwa by securing over 200,000 votes and people announced to become part of Pakistan.

Abdul Ghaffar Khan and his brother Khan Sahib (first Chief Minister of KP) had urged the government to give the province a name that reflects the Pashtun identity. However, the province was given the name of North West Frontier Province (NWFP) after rejecting Pashtunishtan’s name as being too controversial.

Later, the province was renamed as Khyber Pakhtunkhwa in 2010 during PPP-ANP’s coalition government under the 18th Constitutional Amendment.

The process of KP-FATA merger has been completed and the process of economic development was expedited after completion of a network of highways and motorways besides other mega education, health, communication, agriculture and other development projects.