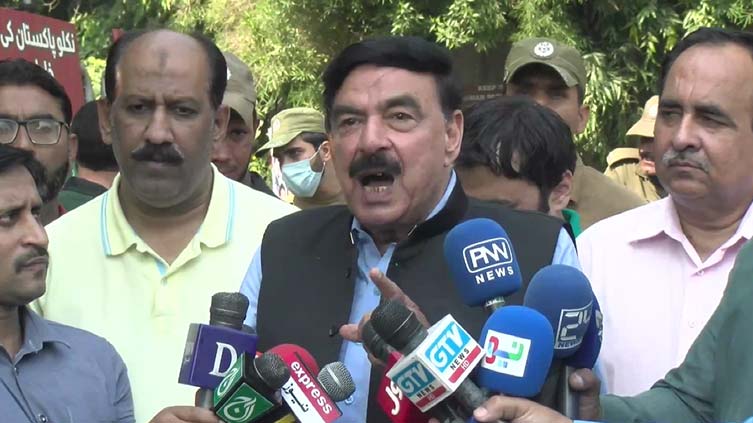 Taking to Twitter, the former Interior minister went on to say that the economy is devastated while the government is not serious about it.

He added that a chaos has been created on a very important appointment. "In London, they say that they are consulting on the appointment, while in Pakistan, they say that the summary has not yet come. Pakistan is being mocked all over the world, the institutions and the judiciary have an important responsibility here," he said.

He also said that this government will not get an easy exit and termed the current situation of Pakistan Muslim League-Nawaz (PML-N) as Razia Butt’s novel.

He further said that the rulers will fail and throw away their "political weapons". While he also announced that Pakistan Tehreek-e-Insaf (PTI) Chairman Imran Khan’s long march will reach Rawalpindi between November 20/21, adding, that he will be addressing a press conference from his residence Lal Haveli on Friday.