Imran ridiculing nation, his motives to be exposed soon: Sanaullah 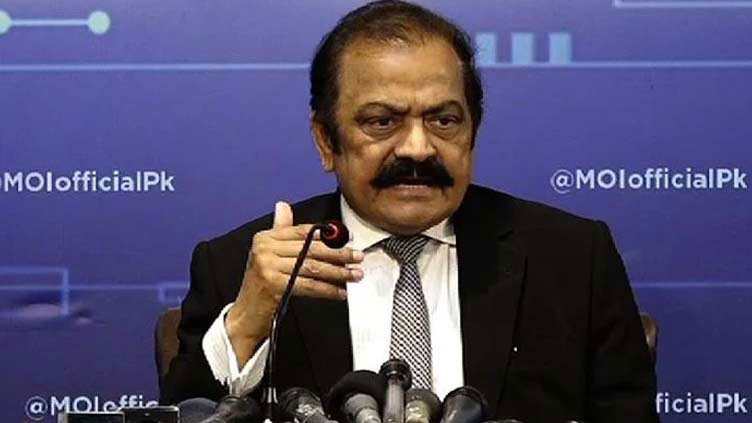 Imran ridiculing nation, his motives to be exposed soon: Sanaullah

Rana Sanaullah said that due to Imran's protests the Saudi crown prince has postponed his visit.

ISLAMABAD (Dunya News) - Federal Minister for Interior Rana Sanaullah on Tuesday said that Imran Khan was ridiculing the nation and his motives will be exposed soon.

Rana Sanaullah said that due to Imran s protests the Saudi crown prince has postponed his visit which would have benefited Pakistan s economy up to $17 billion. He termed the PTI s long march failed despite using the resources of provincial governments and police support.

The PTI leaders were targeting state institutions to promote the foreign agenda, he said adding that Imran was giving anti-state statements in frustration, he said.

Rana Sanaullah called Imran Khan to conduct a medical examination of his injuries by an independent medical board to verify the false claim of receiving four bullets. "If it is proved that Imran received four bullets, I will resign from politics forever," Rana Sanaullah challenged.

The accused of the firing on Imran Khan has been arrested by their workers and now he is in police custody which was proven self-motivated, he added.

Rana Sanaullah said that Imran Khan has been changing his narrative on daily basis to malign the state institution.

He said that Imran Khan through long-march wants to create chaos in the country, adding, we will not allow this to happen in future. He said the government would not compromise on capital s security and would provide protection of the lives, and properties of its residents.

Talking about the Arshad Sharif murder case, he said that if six persons are handed over to him he would sum up the whole issue within six days adding that the available evidences show that Arshad Sharif s murder was planned.