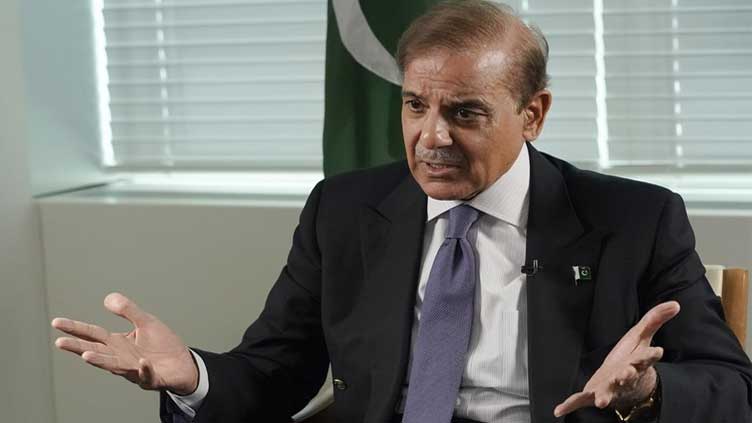 Taking to Twitter, PM Shehbaz said, “The nation is shocked by his deceit & treachery inflicting irreparable damage on Pakistan”.

“Imran’s interview with FT in which he rebutted his foreign conspiracy theory is a reminder of the vicious role he played to harm Pakistan’s external relations while pursuing his own petty politics, added the PM.

Consultation over army chief’s appointment not held yet: Khawaja Asif

Speaking with journalists outside the Lower House, Khawaja while reacting to the last day’s address said that Imran Khan has changed his statement on the American conspiracy, adding that is it will still be called a conspiracy. He asked if it was the first time that Khan has denied something.

"He denies everything. In the past four years, he has talked so much. Has he stood by any of his statements?" he took a dig at the PTI chief.

Khawaja said that "Imran Khan said yesterday that the FIR of my murder was not registered, this man does not know what he is talking about if some people are willing to believe his words. If so, it is their matter."

Responding to another question about the role of Nawaz Sharif in the appointment, Khawaja Asif said that it will be done at the "premier’s discretion" and he will decide.

Imran Khan will have to answer for his lies, false narrative: Marriyum

Earlier, Minister for Information and Broadcasting Marriyum Aurangzeb said PTI Chief Imran Khan must have reply of the US conspiracy theory and the matter will not end after given up on the conspiracy. This she stated while reacting to Imran Khan’s interview with Financial Times on Monday.

Marriyum Aurangzeb said Imran Khan will have to answer for his lies and false narrative.

She said Imran Khan’s abandonment of his US conspiracy narrative also raise questions for his followers. The Minister for Information and Broadcasting said the true face of the so-called "Haqeeqi Azadi" has completely been exposed.

The minister added that the PTI chief put Pakistan’s foreign relations in grave danger for the sake of his own lust for power.