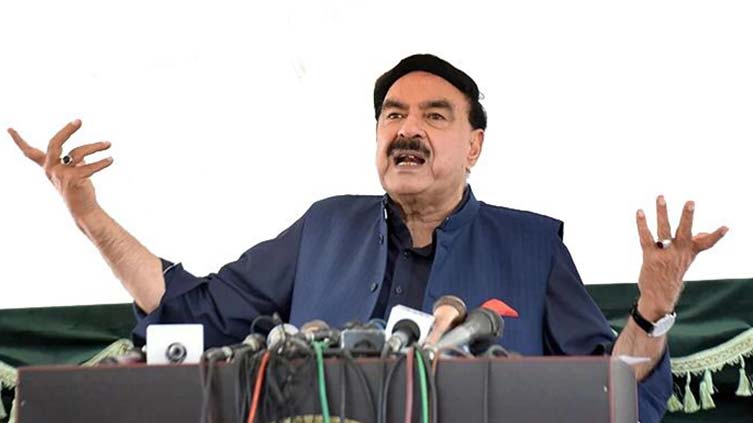 Taking to Twitter, former interior minister Rashid while lashing out at former Prime Minister and Pakistan Muslim League-Nawaz (PML-N) supremo Nawaz Sharif, said that despite his brother is a Prime Minister he is still waiting for a clean chit to return to Pakistan.

While calling Pakistan Democratic Movement (PDM) a "stray kite", Rashid said that PDM has been failed.

He also said that he will only be seen on Twitter for next 20 days, not on TV.

Earlier, PM Shehbaz and PML-N supremo Nawaz Sharif decided in a meeting held in London that the process to appoint new Army Chief is will start next week.

During the meeting, it was decided that the former PM and PML-N supremo Nawaz Sharif will return to Pakistan this year. A diplomatic passport has also been issued to the former PM.

Sources privy to the meeting suggests that important decisions have been made in the meeting. It was also decided in the meeting that the government won’t be pressurized by the long march and the marchers will be dealt according to law.

Sources further said that PM Shehbaz will make important appointment in stipulated time and will meet coalition partners after returning to the country next week.

Maryam Nawaz, Khawaja Asif, Malik Ahmed, Salman Shahbaz and Hussain Shahbaz were also present in the meeting which continued for over three hours.