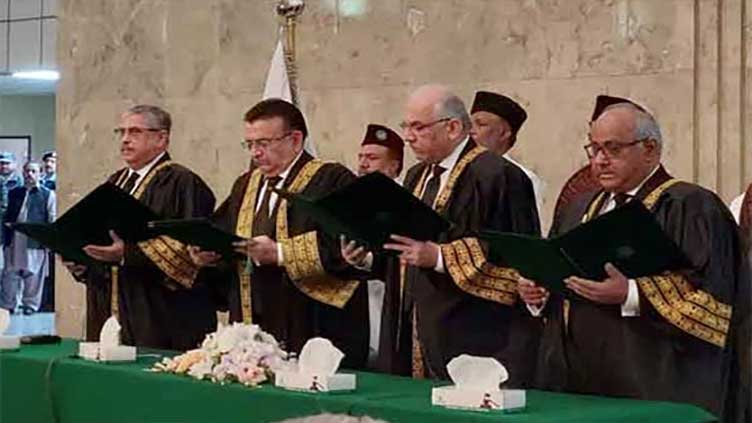 The swearing-in ceremony of three new judges was held in the Supreme Court of Pakistan (SC), in which Justice Athar Minallah, Justice Hasan Azhar Rizvi and Justice Shahid Waheed are among those who took oath.

After the arrival of three new judges, the total number of judges in the Supreme Court has increased to 15, while the seats of two more judges are still vacant.

It may be recalled that, President Arif Hussain Alvi on Wednesday signed the summary recommending to elevate three judges to the Supreme Court under Article 175A of the Constitution.