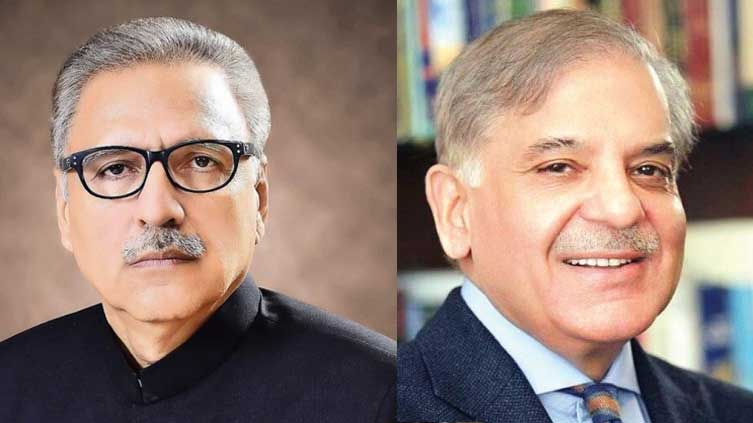 President Dr Arif Alvi has urged the nation to re-align their lives in accordance with the teachings of Dr Allama Muhammad Iqbal of strengthening brotherhood, and upholding the cherished values of liberty, justice and equality.

The president, in his message on the birth anniversary of Allama Iqbal, said following Iqbal’s teachings also focused on gaining modern knowledge of science and arts, and embracing innovation and creation without compromising religious, social and cultural values and preferences.

He said on the day the nation paid tribute to one of the greatest thinkers, philosophers, and poet of the East Allama Iqbal, whose ideas, values and out-of-the-box thinking had inspired generations of writers and philosophers the world over.

He paid tribute to the great poet for giving the idea of a separate homeland for Muslims of the subcontinent, where they could lead their lives in accordance with their religious, social and cultural values and without fear and intimidation of the majority Hindus.

This idea was finally materialized under the dynamic leadership of Quaid-e-Azam Mohammad Ali Jinnah on August 14, 1947, he added.

President Alvi said the great philosopher and poet persistently gave a message in his poetry, prose and speeches of attaining knowledge and applying it in everyday life to understand life, the perception of reality and to attain a higher level of both spiritual fulfillment and happiness, and progress and prosperity.

“He taught us to strengthen our belief in our abilities and potential to achieve self-reliance in every facet of life with self-confidence, hard work and innovations and continue our quest to find new solutions and bringing innovation and creativity in life without compromising our self-respect, dignity and honor, religious, social and cultural values,” the president remarked.

Referring to Iqbal’s great affection for the youth, the president said he had urged them to aspire for greatness, and be fearless and continue their quest for bigger and unseen possibilities like a soaring eagle that knows no bounds.

He said Iqbal’s concept of Khudi would continue to enlighten the way toward attaining inspiration in our quest to develop our country and attain our rightful place in the comity of nations.

PM for a pledge to achieve Iqbal’s Pakistan marking peace

Prime Minister Shehbaz Sharif has urged the nation to make a pledge to achieve a Pakistan as dreamed by Allama Iqbal which should feature peace, political forbearance and brotherhood.

The prime minister, in his message on the birth anniversary of Allama Iqbal, said the great poet had a vision for Pakistan where the youth should have the thinking capability for taking the country to unprecedented heights.

He said the characteristics of Iqbal’s Pakistan should also include respect for elders and a mature debate on ideological differences without losing sobriety. It should also mark the strong institutions, pragmatic people, and a stable national economy free from the debt burden.

He said the whole nation was observing Allama Iqbal’s birth anniversary with great fervor as the great poet had acquainted the Muslim youth with the sacrifices of their sages and their lost grandeur.

The prime minister said Iqbal had likened the Muslim youth with Shaheen which was unique among the birds for its courage, self-confidence, and humility. Iqbal also urged the youth to learn from the glorious past of the Muslims to explore new avenues in research and education.

He said Iqbal’s philosophy of self-esteem had provided such a recipe for success in the world as well as the life hereafter which still had its impact not only in the subcontinent but also across the world.

He said the research was being carried out on Iqbal’s teaching not only in this region but also at modern universities throughout the world.

Highlighting his services to the religion, the prime minister said Allama Iqbal had introduced modernity to the Muslim world and always encouraged research. Besides, he had an unprecedented love for Holy Prophet Muhammad (Peace Be Upon Him) and devotion for Quranic teachings.

Prime Minister Shehbaz said Iqbal had united the Muslims of the subcontinent by awaking them to their fundamental right to freedom.

He said Iqbal had dreamed a separate homeland for the Muslims of the subcontinent which was realized by Quaid-e-Azam Muhammad Ali Jinnah and other Muslim League leaders through their untiring struggle.

However, unfortunately, the great poet died before the accomplishment of his dream.

He urged the nation to carry out self-accountability whether they succeeded to safeguard Iqbal’s Pakistan which came into being consequent to the remarkable struggle and sacrifices of hundreds of thousands of people.

He urged the nation to make a pledge to achieve Iqbal’s Pakistan and expressed the confidence that they could make it once resolved.