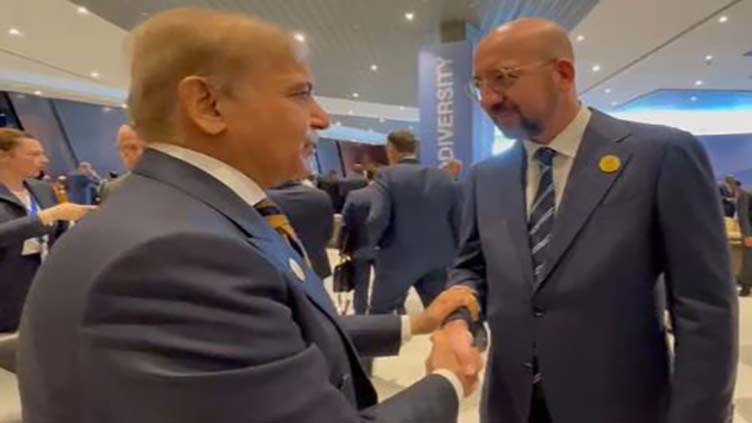 SHARM EL SHEIKH (Dunya News) - Prime Minister Shehbaz Sharif on Monday said that it was a must to form a coalition of all the countries to deal with the disastrous impacts of climate change as the world had done to overcome the scourge of terrorism.

The prime minister, in a meeting with the President of the European Council Charles Michel on the sidelines COP27 summit here, thanked the EU president for extending cooperation for Pakistan’s exclusion from the Financial Action Task Force (FATF)’s grey list.

Charles Michel expressed grief over the loss of life caused by the floods across Pakistan and also appreciated the EU’s support for the relief of flood-stricken people.

The prime minister said that Pakistan desired multifaceted cooperation with the European Union as the bilateral partnership had been a key source to serving the common interests.

He said Pakistan looked forward to further enhancing mutual trust and cooperation between Pakistan and the European Union.

He also appreciated the EU’s efforts to deal with the impacts of climate change.

Both the leaders also agreed to keep up close coordination on matters of mutual interest.