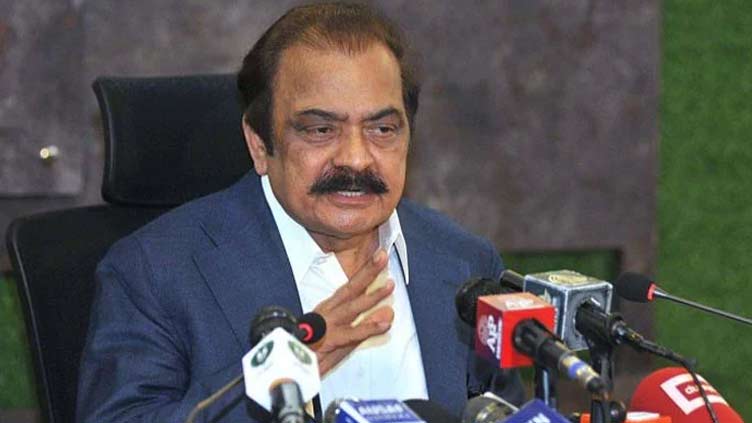 ISLAMABAD (Dunya News) – Minister for Interior Rana Sana Ullah Khan on Saturday said that people had totally rejected the protest call of Imran Khan and the irresponsible attitude of Pakistan-Tehreek-e-Isnaf (PTI) after the Wazirabad incident.

He said that acts of blocking roads and closure of national highways by PTI for the last two days with the coordination of police and support of the provincial governments were “shameful and condemnable.”

He said that PTI was totally frustrated after the failure of its fascist politics and it was putting the people in trouble and worry. Due to the closure of the roads, people were facing extreme hardship and were unable to reach their destinations, the minister said, adding that patients could not reach hospitals because roads and highways were blocked.

The minister said this action of the PTI workers and the silence of the Punjab government along with its support to them in this illegal act was “regrettable and condemnable.”

He said that the Ministry of Interior demanded from the governments of Punjab and Khyber Pakhtunkhwa to refrain from supporting a handful of workers.

The provincial governments should immediately stop the act of causing inconvenience to the people and blocking the national highways by a few workers.

The minister directed the Inspector General of Police Punjab and the Chief Secretary to arrest those violating law and ensure strict action against them.