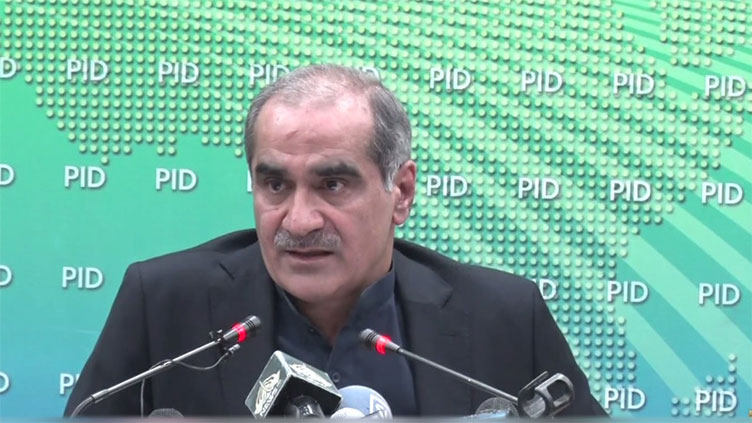 ISLAMABAD (Dunya News) - Minster for Railways and Aviation Khawaja Saad Rafique on Friday strongly condemned the incident of firing on PTI s long march in Wazirabad yesterday and called for a joint investigation team (JIT) comprising competent officers to probe into the incident.

Saad Rafique said that a Joint Investigation Team (JIT) should be formulated with consensus to investigate the firing incident on Chairman Pakistan Tehreek-e-Insaf (PTI) Imran Khan at Wazirabad.

Addressing a press conference in Islamabad, the minister said that JIT should include well-reputed officers from the federal and provincial agencies, investigating within a set time-frame and share all the facts with the nation.

While rejecting the possible formation of one sided JIT, Saad Rafique said that the JIT should have authority to investigate from anyone including Imran Khan and no interference should be made during the investigation process.

The minister said that all the political leadership not only strongly condemned the incident of firing but also prayed for the swift recovery of all wounded persons including Imran Khan.

The minister said it was very unfortunate that the PTI leadership started blaming Prime Minister Shehbaz Sharif, Minister for Interior Rana Sanaullah and a high ranked army officer after the attack on Imran Khan.