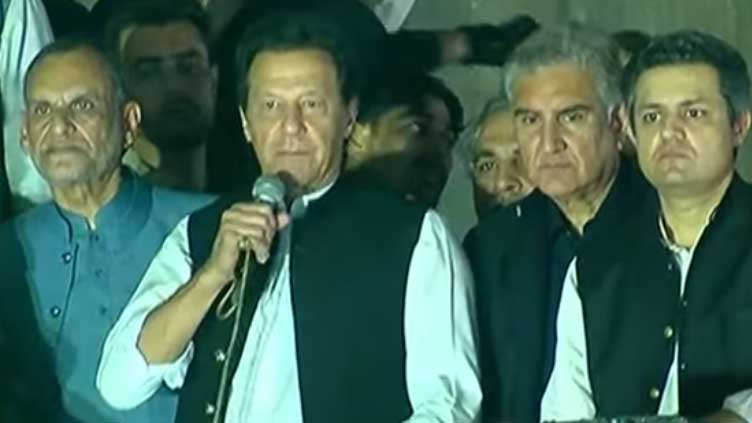 Imran Khan says this long march is not for personal interests or for elections.

Addressing the participants of the march, Imran Khan said, "I am starting the most important journey in the political journey of 26 years, the time has come for us to start the journey of real freedom of this country."

"My march is not for politics, not for elections or personal interests, but only for the purpose that the nation should be truly free, our decisions should not be in Washington or Britain, but Pakistan’s decisions should be in Pakistan and for the people of Pakistan," he said.

After a period of almost six months, on Friday another long march of PTI will proceed towards Islamabad. This long march will start from the famous Liberty Chowk area of the provincial capital.

Earlier in a video statement, the former PM said that the ’real freedom’ march is starting from Liberty Chowk on Friday, adding that this long march is not for any personal interest, and not to topple anyone’s government.

"PTI’s march is for true freedom after the freedom gained from the British because we want a country in which decisions are made by Pakistanis, not by foreign puppets," he added.

Imran Khan vowed that the PTI will continue to fight for real freedom until the doors of foreign conspiracies to get power are blocked.