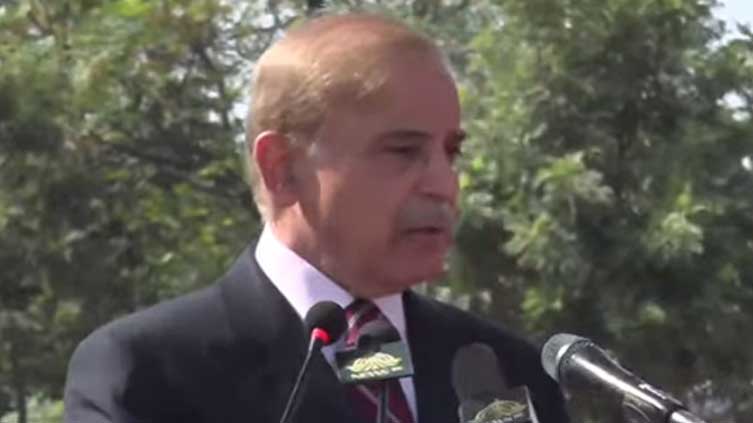 He was addressing the passing out parade of the 48th Specialized Training Program of Police Service of Pakistan at National Police Academy in Islamabad on Friday.

The Prime Minister said police have sacrificed their lives to maintain peace and law and order in the country.

He appreciated lady police officers for their commitment and determination to complete this training.

The Prime Minister directed the Commandant of National Police Academy to ensure availability of all facilities required for the police academy. He said the academy should become a role model for the provinces.

Shehbaz Sharif said during his tenure as Chief Minister Punjab, Counter Terrorism Department (CTD) was established in the province which has become a role model internationally. He also directed the Secretary Interior to replicate project of CTD Punjab in Islamabad.

The Prime Minister said although the government has financial constraints yet it will provide funds to Islamabad police in this regard.

Shehbaz Sharif announced that adjacent vacant land to the National Police Academy will be transferred in the name of academy by this evening. He also announced to bring the salaries of faculty and staff of the academy at par with other police training institutions.

The Prime Minister regretted that Pakistan despite being blessed with all resources lags behind from the rest of the world in the area of progress and development.

He said previous government did not initiate work on projects offered by Saudi Development Fund. He said all procedures of those delayed projects were completed within two days. He said Saudi Arab has agreed to build an oil refinery in Pakistan worth ten to twelve billion dollars.

The Prime Minister reiterated the government’s resolve to work for the progress and development of the country.

He congratulated the graduating officers and their parents. He also lauded the staff of the academy for imparting the required skills to all police officers.

The Commandant NPA said officers have been given thorough exposure of forensic science, cyber-crime, public order duties, investigations and operations.

He said Punjab Forensic Science Authority has contributed a lot in the training of the officers, successful prosecution and convictions in hundreds of cases.

The Prime Minister also distributed shields and medals among the officers who secured distinction during the course.

Assistant Superintendent Police Anam Sher won the sword of honour in the course.

Earlier, Shehbaz Sharif inspected the smartly turned out contingent of the parade.