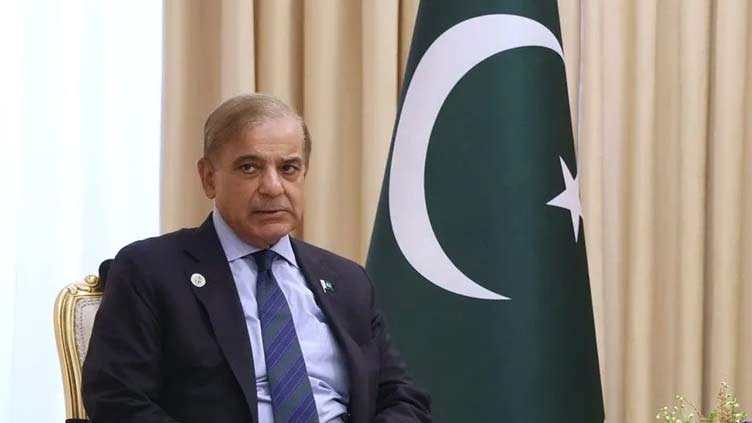 ISLAMABAD (Dunya News) – Prime Minister Shehbaz Sharif on Friday while expressing gratitude over Pakistan’s removal from FATF grey list, said that the decision was the vindication of the country’s determined and sustained efforts and sacrifices against terrorism.

The prime minister, in a statement issued after the Financial Action Task Force (FATF) announced Pakistan’s removal from its grey list, congratulated the nation over the revival of Pakistan’s credibility and dignity internationally.

“Thanks to Allah Almighty as Pakistan got the delieverance from the FATF grey list. I bow before the Allah Almighty over the honor earned by Pakistan,” the prime minister said.

Calling it a recognition of Pakistan’s huge sacrifices against terrorism, the prime minister also thanked the FATF countries who accepted Pakistan’s viewpoint on the platform of the terror-financing watchdog.

He also congratulated Foreign Minister Bilawal Bhutto Zardari, the foreign ministry, armed forces, the Director General of Military Operations, and all relevant ministries and departments. He also thanked Chief of the Army Staff General Qamar Javed Bajwa for playing a key role in the process.

The prime minister also expressed gratitude to the coalition parties and their leadership for extending their support to help Pakistan exit the FATF grey list.

“Alhamdulillah, we once again succeeded to get Pakistan off the FATF grey list just like Nawaz Sharif had achieved in the past. Even while being in opposition, we also extended all-out cooperation, despite facing the allegations of NRO,” he commented.

“We always gave priority to the national and state interests and that is why Allah Almighty blessed Pakistan with the success,” Prime Minister Shehbaz said.

He said the removal from the FATF grey list would cast positive impacts on Pakistan’s economy, diplomacy, and politics. “More glad tidings are in the offing for the country and the nation in the time to come,” he remarked.