By polls in 11 constituencies on Oct 16: ECP 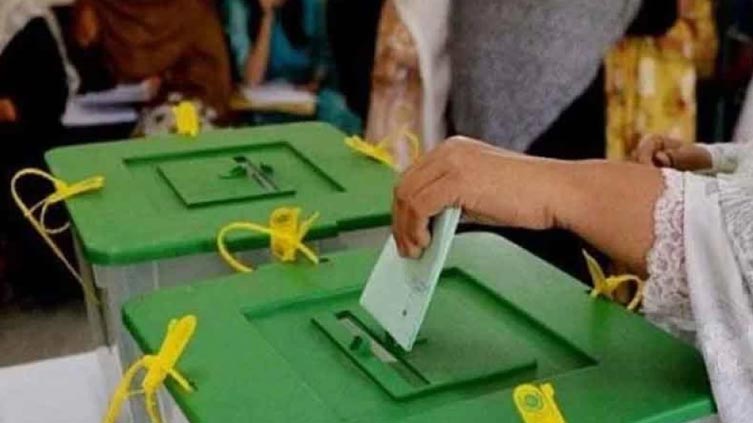 By polls in 11 constituencies on Oct 16: ECP

By-polls in eight National and three provincial assembly constituencies would be held on October 16.

ISLAMABAD (APP) - Election Commission of Pakistan (ECP) on Tuesday announced that by-elections in eight National and three provincial assembly constituencies would be held as per schedule on October 16.

A meeting of the commission chaired by Chief Election Commissioner (CEC) Sikandar Sultan Raja rejected the request of federal and provincial governments to postpone the October 16 by-polls.

However, the commission decided to postpone by elections on National Assembly, NA 45, District Kurram due to worsened law and order situation there. The polling date of by- polls in Kurram would be announced later.

The meeting also decided to go ahead with holding of the second phase of local government elections in all districts of Karachi on Oct 23, as per schedule.

Election Commission Secretary Omar Hamid Khan briefed that the Commission had completed all arrangements for holding second phase of LG elections all districts of Karachi Division.

Secretary told the meeting that the commission was ready to conduct the elections, however, the feedback of the provincial governments, law enforcement agencies and other security agencies regarding their services in these elections was required for ensuring by polls in peaceful atmosphere, providing enabling environment to voters to exercise their right to franchise on the polling day.