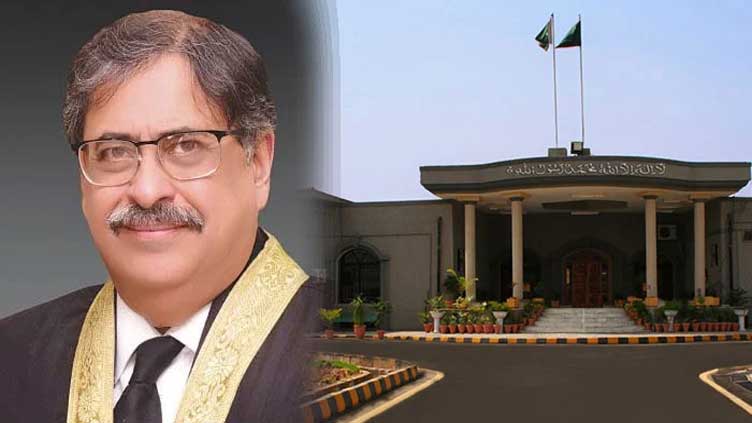 ISLAMABAD (Dunya News) – The Islamabad High Court (IHC) on Monday rejected the Pakistan Tehreek-e-Insaf (PTI) plea against the federal government’s decision to impose section 144 in Islamabad ahead of the expected PTI’s long march towards the capital.

A hearing was held in the IHC on the petition of PTI leader Asad Umar, in which the court directed to attach the petition with the pending cases.

During the hearing, Asad Umar told the court that the District Magistrate imposed section 144 for 2 months, which is against the law.

On which the court inquired, "How are you affected? Are you stopped to say something? On this, PTI’s lawyer Babar Awan said that a rally cannot be held under section 144.

Justice Athar Minallah remarked "There is a method of holding a protest or a rally for which permission is required," adding that there is also a decision in the PTI’s sit-in case, have you read it?"

"PTI has the government in two provinces, has section 144 never been implemented here? the matter of law and order is to be looked after by the executive, in which the court will never interfere," he added.

Later, the court reserved its decision on the admissibility of PTI’s plea against Section 144 of the law in the city.

Delivering the verdict, IHC Justice Athar Minallah, rejected the petition of PTI leader Asad Umar against the imposition of Section 144.

The court in a verdict stated that PTI still has sufficient representation in the National Assembly and the Senate. The party can bring a bill against Article 144 in the House to abolish it, PTI has an alternative forum in Parliament and the Senate.

"The matter of peace is an exclusive authority of the executive, not a substitute judicial forum for the decisions and opinions of the executive. Under section 144, the matter can come to the court only if there is a misuse of authority," it added.