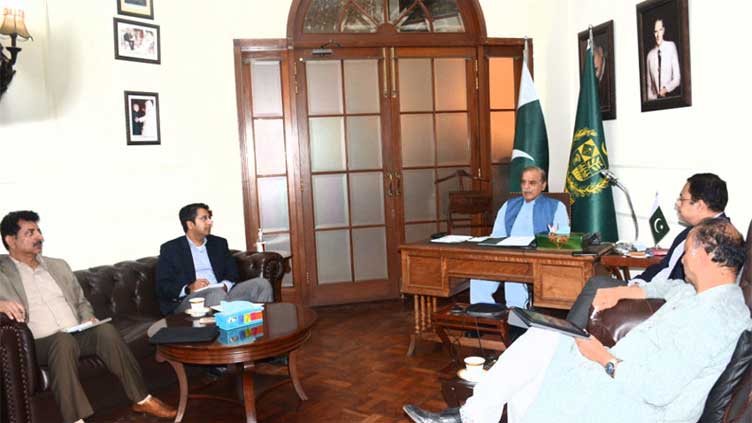 LAHORE (Dunya News) - Prime Minister Shehbaz Sharif on Saturday directed that the uninterrupted supply of gas to consumers should be ensured in the winter season.

A meeting was held under the chairmanship of PM Shehbaz to discuss gas supply and loadshedding situations in the country while the Finance Minister Ishaq Dar, Minister of State for Petroleum, and Adviser to Prime Minister Ahad Cheema, along with the representatives of Sui Northern Gas and Sui Southern Gas Pipelines, attended the meeting.

During the meeting, PM Shehbaz ordered the supply of gas to domestic consumers according to their needs.

He also directed the formation of a committee to resolve the issue of gas supply to the textile mills so that industrial units could get gas on time and increase their production capacity.

It was decided to keep loadshedding of electricity at the current level.

The Premier also directed the further import of fertiliser to meet the needs of farmers in the month of January.

It was decided in the meeting that the issue of wheat support price will be brought under discussion in the meeting of Economic Coordination Committee and federal cabinet.

He also directed the preparation of a subsidy package for an increase in the production of seed for cooking oil.

It was also decided to set up a high-level committee to follow up on the expected decisions regarding the farmers’ package.

He also ordered the preparation of a subsidy package in consultation with the provinces to resolve issues regarding prices of fertilisers and electricity.