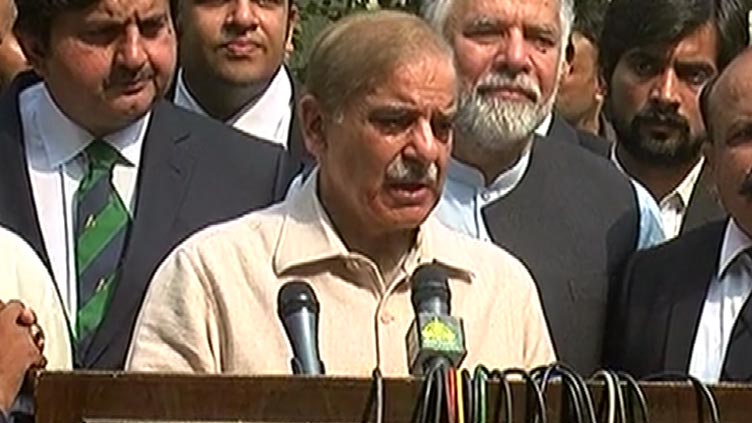 The premier also said that terming Maryam Nawaz’s acquittal in Avenfield reference an NRO by the PTI is a condemnable act. Shehbaz Sharif said Imran Khan should be held accountable for his baseless propaganda regarding cipher as well as Panama papers.

The Prime Minister said PML-N and allied parties came into power through constitutional process to save national economy and country from bankruptcy.

He said that value of dollar is now declining gradually due to Finance Minister Ishaq Dar’s prudent economic policies.

The Prime Minister said every citizen should respect the law and he appeared in court today to show his respect for the law.

He said that NAB summoned PML-N Quaid, Nawaz Sharif several times but he never asked for an NRO.

He said that Pakistan achieved growth and progress during the tenures of Nawaz Sharif as Prime Minister.