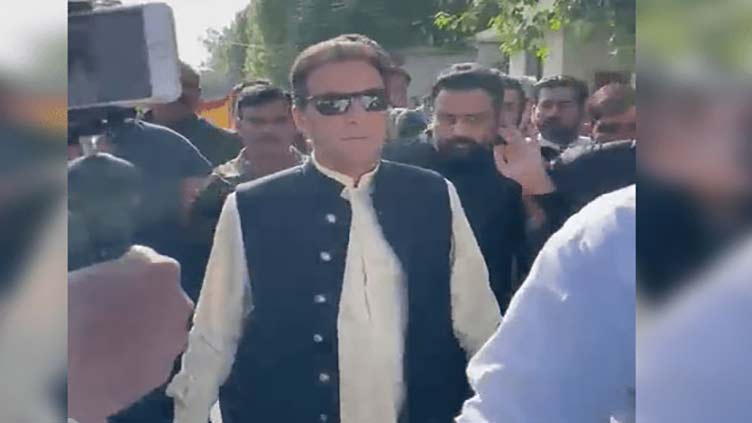 ISLAMABAD (Dunya News) - Pakistan Tehreek-e-Insaf (PTI) Chairman and former prime minister Imran Khan on Monday slammed the coalition government, saying he can negotiate with political people, not criminals, and that his party will not go to the National Assembly.

Addressing the media, the PTI Chairman said: "When you are negotiating, then those negotiations that are underway should not come to the light." He added that some courts make great decisions and some don’t. The former prime minister said that the IHC has a tradition of always delivering an excellent verdict. In a sarcastic manner, the head of the PTI stated that only one FIR remained against him, which was filed for serving bread with tea.

Vowing that he would distribute flood relief funds to four provinces, while the former premier mocked PML-N Vice President Maryam Nawaz, saying the law is different for the powerful and the underprivileged.

At the outset of today’s hearing, CJ Minallah said that the bench has seen the affidavit submitted by Imran Khan.

"Imran Khan demonstrated honesty and went to apologize to the judge," he remarked, adding that discharging the contempt notice is the bench’s unanimous decision.

Former Prime Minister Imran Khan had filed an affidavit in a contempt of court case in which he was accused of threatening a judge.

The former chief executive said that he stands by his September 22 statement and "once again [assures] this court that he will always abide by the afore-referred statement, in letter and spirit".