Truth is in front of whole nation, Nawaz reacts to Maryam Nawaz's acquittal 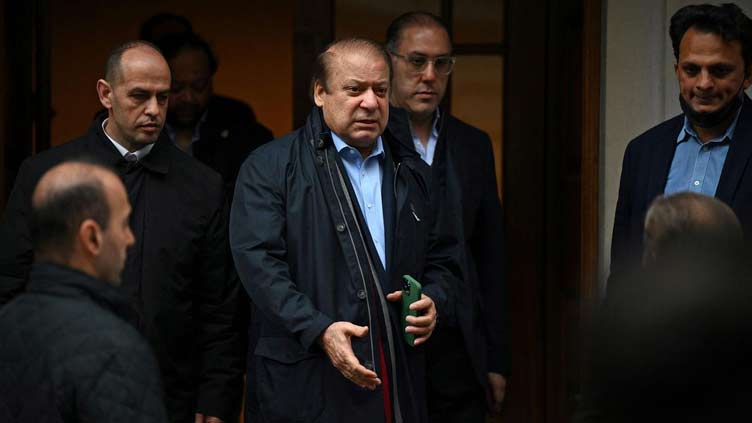 Truth is in front of whole nation, Nawaz reacts to Maryam Nawaz's acquittal

Truth is in front of whole nation, Nawaz reacts to Maryam Nawaz’s acquittal

LONDON (Dunya News) – Former prime minister and Pakistan Muslim League-Nawaz (PML-N) supremo Nawaz Sharif on Thursday while reacting to the court verdict acquitting his daughter and party vice president Maryam Nawaz in the Avenfield reference said that by the grace of Almighty Allah, the truth is in front of the whole nation today.

Speaking to the media in London on Thursday, he said that he had left all his matters to Almighty Allah and HE showed the truth to whole nation because if a man is true and on the right path, then God does not abandon him adding that God had today sided with the truth.

Earlier today, a court quashed the conviction of Maryam Nawaz, the daughter of former prime minister Nawaz Sharif, in a corruption case that had seen her sentenced to seven years in jail, her party and defence lawyer said, lifting curbs on her contesting elections.

A two-judge panel found there was no evidence to prove the prosecution case that Maryam Nawaz abetted any corruption in buying high-end apartments in London, the lawyer Amjad Pervaiz said.

She was convicted by an anti-graft court in 2018 along with her father who was sentenced to 10 years in prison for not being able to disclose a known source of income for buying the properties.

The prosecution had charged Maryam Nawaz with abetment for concealing information about the properties owned by her father.

She was on bail, and had appealed in the Islamabad High Court to overturn the conviction, which she and her party said was political victimization.

Under Pakistani law, a convicted politician is disqualified from contesting elections for five years. "The lies have a shelf life, it could be some years, but it had to end, like it did today," Maryam Nawaz told reporters after the ruling. "I humbly thank God," she said.