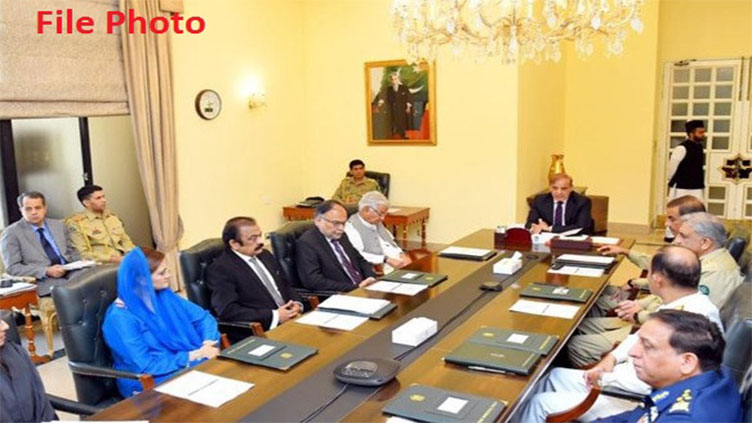 The meeting will be attended by the leadership of all three armed forces and federal ministers.

Sources privy to the development said that the meeting will be attended by the leadership of all three armed forces, federal ministers, and committee members. Sources further said that the authorities will be briefed on security issues, including the audio leaks of the Prime Minister’s House in the meeting.

It is pertinent to mention that a number of leaked audio recordings purportedly of Prime Minister Shehbaz Sharif’s discussions with his aides and other officials about different government and party matters have been leaked. The incident has raised questions about the security of the Prime Minister’s Office (PMO). However, the government has not yet commented on the matter.

In the over two-minute-long audio clip, a voice said to be that of PM Shehbaz, could be heard saying that Maryam Nawaz had asked him to facilitate her son-in-law with the import of machinery from India. "If we do so, we will get a lot of flak when this matter goes to the ECC and cabinet," the official can be heard saying in the audio clip.

At this, the Prime Minister’s alleged voice can be heard saying: "The son-in-law is very dear to Maryam Nawaz. Tell her very logically about this and then I will talk to her." The same voice agrees that this would be bad for optics and could cause political problems.

At the end of the audio clip, there is a mention of former Justice Maqbool Baqir, whose name was being considered as the next head of the National Accountability Bureau. The official is heard conveying to the premier the ‘suggestion’ of two media persons, asking him not to consider the former judge for the slot of NAB chairman, in view of their experience with former NAB chief Javed Iqbal, who was also a retired judge appointed by the PML-N government.