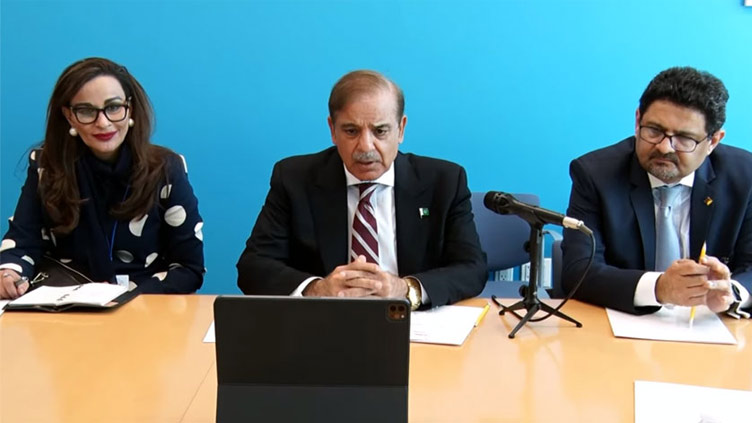 PM reviewed the distribution of food items, tents and medicines in the affected areas.

NEW YORK (Dunya News) - Prime Minister Muhammad Shehbaz Sharif has said that the government will provide subsidy to the producers of Panadol and Paracetamol to make them affordable to people.

The prime minister was chairing an online meeting of the authorities concerned to review the pace of various flood relief and rehabilitation activities in the flood-hit areas across Pakistan.

Expressing his views, the prime minister apprised that, he held useful meetings with the President of World Bank and Managing Director International Monetary Fund and comprehensively discussed the flood situation in Pakistan. They expressed their grief over the losses and assured to extend all possible help and support Pakistan, he added.

The prime minister said that he had cautioned that millions of vulnerable children were deprived of essential food items and could fall ill with diseases like diarrhoea.

He said due to widespread devastation caused by floods, the people in Pakistan could not face the challenge alone with their limited resources, and urged the world community, international organizations like World Bank and IMF and other friendly countries to support them and provide the flood victims the much needed relief.

The prime minister reviewed the distribution of food items, tents and medicines in the affected areas.

He ordered the authorities concerned to make use of all available resources to distribute essential food items, especially baby food in the affected areas on emergency basis.

The prime minister also took stock of the restoration of roads, rails, bridges and other infrastructure damaged in the devastating floods, and ordered the relevant federal and provincial departments to accelerate their efforts in order to make them operational as early as possible.

The prime minister also congratulated Ahsan Iqbal for his acquittal in a NAB case by Islamabad High Court.

Terming it good news, the prime minister regretted that the previous government was involved in the witch-hunting of its opponents and tried to implicate them in false cases through awkward manner.