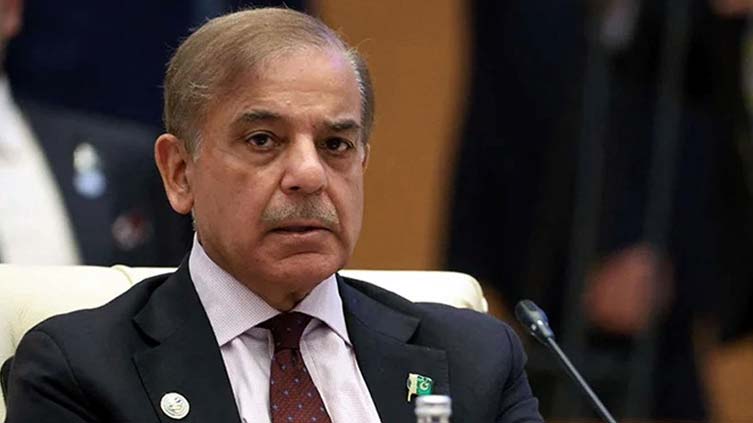 PM directed the relevant authorities to mobilize provincial governments and donors in this regard.

NEW YORK (Dunya News) - Prime Minister Shehbaz Sharif has directed his party s leadership to take emergency steps for the provision of baby food and other essential items in the flood-hit areas of the country.

Addressing a meeting on flood situation through video link from New York, he directed the relevant authorities to mobilize provincial governments, donors and member of food industry in this regard.

The Prime Minister also directed Finance Minister Miftah Ismail to immediately release five billion rupees for relief activities. He said food supply to the malnutrition, and stunted-children should be ensured at any cost.

Shehbaz Sharif said he held meetings with the Presidents of Spain, France and Chancellor of Austria to reinforce government s appeal for relief goods to the flood affected people in Pakistan. The Prime Minister said he will highlight the need of all relief goods for the poor people in flooded areas.

While directing the authorities to call an emergency meeting of the drug manufacturing association to device a mechanism for the supply of medicines in flood-hit area, the Prime Minister said we are taking every possible measure to serve the suffering humanity in a practical way.

The meeting was informed that, strict action has been taken against the people involved in the hoarding of Panadol while confiscating 48 million doses of the desired medicine. Besides, foreign donors and NGOs have also been requested to provide the essential medicines.

Railways Minister Khawaja Saad Rafique informed the forum that supply of tents is not sufficient and most of the people are making their own arrangements. He regretted that the momentum of the national movement is not sufficient to deal with the scope of calamity. He requested the Prime Minister to personally launch a campaign involving celebrities of the country.