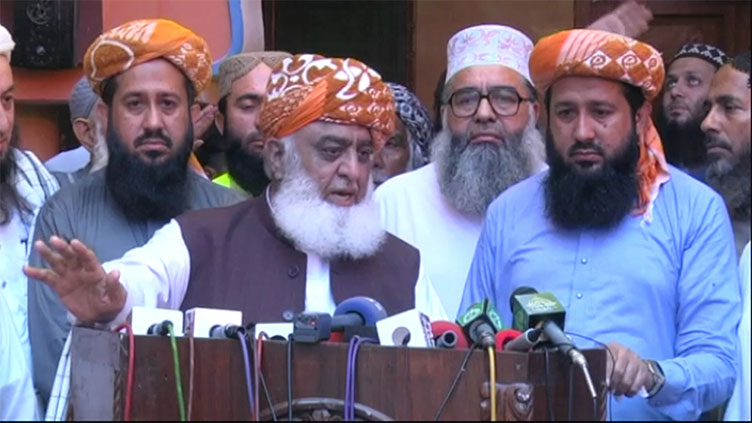 Maulana Fazlur Rehman said rain and flood-affected people deserved to be helped in all respects.

He said this while talking to the media personnel after distributing ration and financial aid among the rain/flood affectees in Larkana. He agreed that Sindh had been hit hardest by the rains and recent floods in the whole country.

Calling the flood as a national tragedy, Fazlur Rehman called the nation to collectively deal with it. “We have to help the flood victims without any discrimination,” he stressed.

Chief of JUI-F termed the help extended to flood victims as a national and religious duty in this difficult hour. He directed JUI-F workers to provide food, accommodation and shelter and other required relief items to the people in flood affected areas.

He said that the government was striving hard and taking measures on its part for the rescue and relief of flood affected people.

Maulana Fazlur Rehman said that steps were being taken to mobilize the world and arrange funds for relief and rehabilitation of the flood-affected people.

He further said the situation had gone beyond human’s power or capacity to tackle floods and its related devastation. The rain and flood-affected people deserved to be helped in all respects, he added.