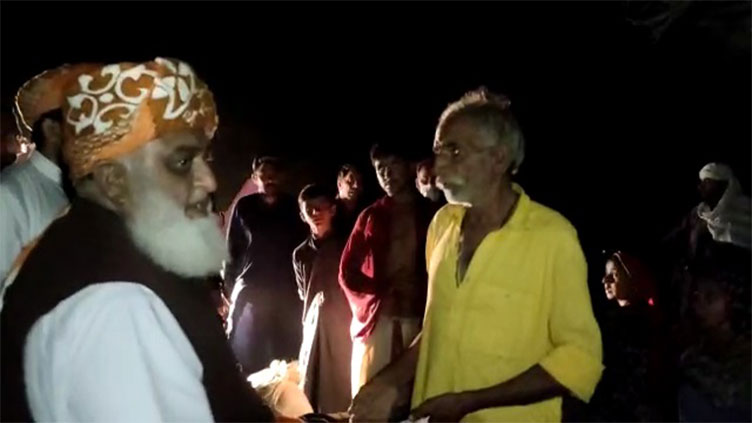 Maulana Fazlur Rehman visited the camps in Ratodero (Larkana) and met the flood victims. He also expressed sympathy and distributed cash among the victims in flood-affected areas.

He said due to heavy rains and floods thousands of families have been affected, therefore the JUI-F had been busy serving the victims since the first day.

On this occasion, General Secretary JUI-F Sindh Maulana Rashid Mahmood Soomro and others were also present. Maulana Soomro told the media that JUI-F chief will visit the flood-affected areas along with distribution of rations in Larkana on Tuesday as well.

He told JUI-F chief will also take an aerial view of the inundated areas to assess the damage by the flash floods of Khairpur Nathan Shah, Kamber-Shahdadkot, Khairpur, Jacobabad, Sukkur Gambat and other areas on the third day of his visit.