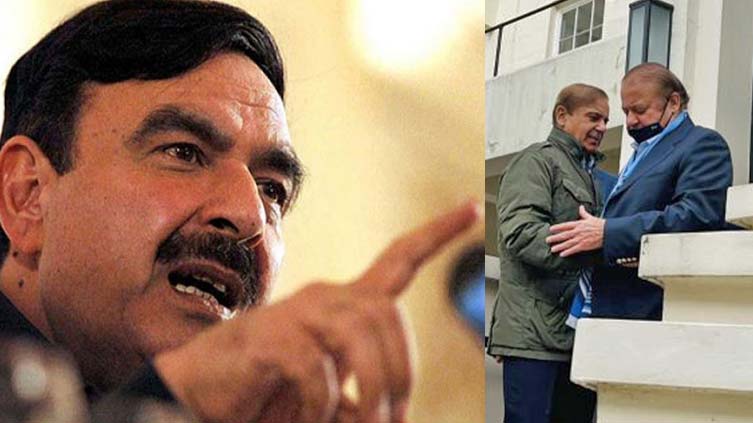 Attacking Bilawal Bhutto, he said that Bilawal searches for excuses to leave the country.

Taking to twitter, former Interior Minister while quoting PML-N leader Khurram Dastagir, said, "Khurram Dastagir says that they will decide about the future of institutions of National Security in London, but no PML-N leader was allowed to sit in that meeting."

While he claimed that the "political funeral" of Pakistan Democratic Alliance (PDM) will be celebrated and Nawaz will fear to come back to Pakistan.

In his another tweet, he said that people are fed up of this government who are buying flour on Rs150 per kg. "The ally who stabbed Imran Khan s government lost public support," he added.

While attacking foreign Minister Bilawal Bhutto, he said that Bilawal searches for excuses to leave the country.

Rashid also wrote that he is going to the High Court against "70 unconstitutional ministers".