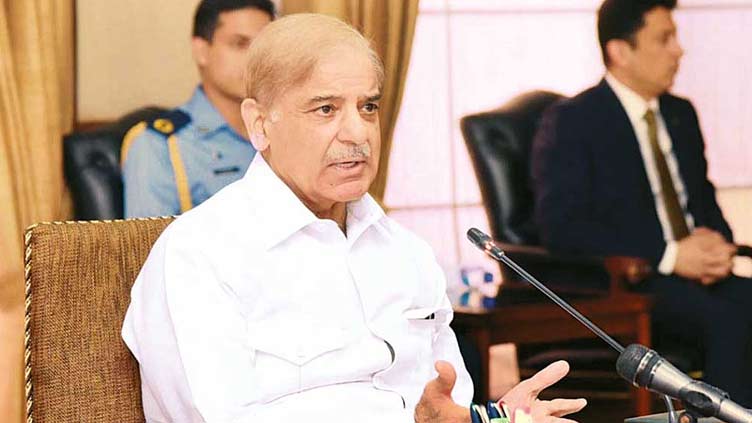 ISLAMABAD (Dunya News) – Prime Minister Shehbaz Sharif said on Saturday that millions of houses have been destroyed due to floods and millions of people were looking towards the wealthy.

Addressing a meeting to review the flood situation, and rescue and relief measures in the flood-hit areas prior to his departure to the United Kingdom and US at Nur Khan airbase, he appealed to the well-to-do segments of society to come forward and make arrangements for the supply of food items for the infants and nascent children in the flood-affected areas.

The prime minister also urged the wealthy to prepare blankets, quilts, and warm clothing as the winter season approached.

Shehabz urged them to make arrangements on their behalf or supply these much-needed items to the affected areas through well-established humanitarian bodies, provincial departments, and different centres set up by the armed forces across the country.

About his recent visit to Uzbekistan to attend the Shanghai Cooperation Organization summit, the prime minister apprised that all the heads and leaders of the SCO member states, Central Asian Republics, China, Turkiye and others had expressed solidarity and support to the flood victims of Pakistan for which he thanked them individually.

They had also inquired about further requirements and support, he said, adding that he told them that from their limited resources, they were also making arrangements and spending billions of rupees.

Out of the allocated Rs70 billion to support each flood-affected family with Rs25,000 compensation amount, so far Rs20 billion had been distributed through Benazir Income Support Programme (BISP) in a very transparent manner.

The prime minister said that he had apprised the SCO member states that this compensation amount was being distributed through a renowned system of BISP, which had international credibility.

They were informed that a joint survey was being compiled which would enable the government of Pakistan to get a complete estimate of the total losses incurred during the recent floods, he added.

The prime minister said the survey would ensure to plug any loophole, adding that in collaboration with the provincial governments, the federal government was compensating for the millions of houses destroyed in the natural calamity. The electricity bills of the affected populace have been waived.

He further assured the SCO leaders that the whole machinery and the armed forces of Pakistan had been working together, on war footing, to provide relief and compensate the affected families.